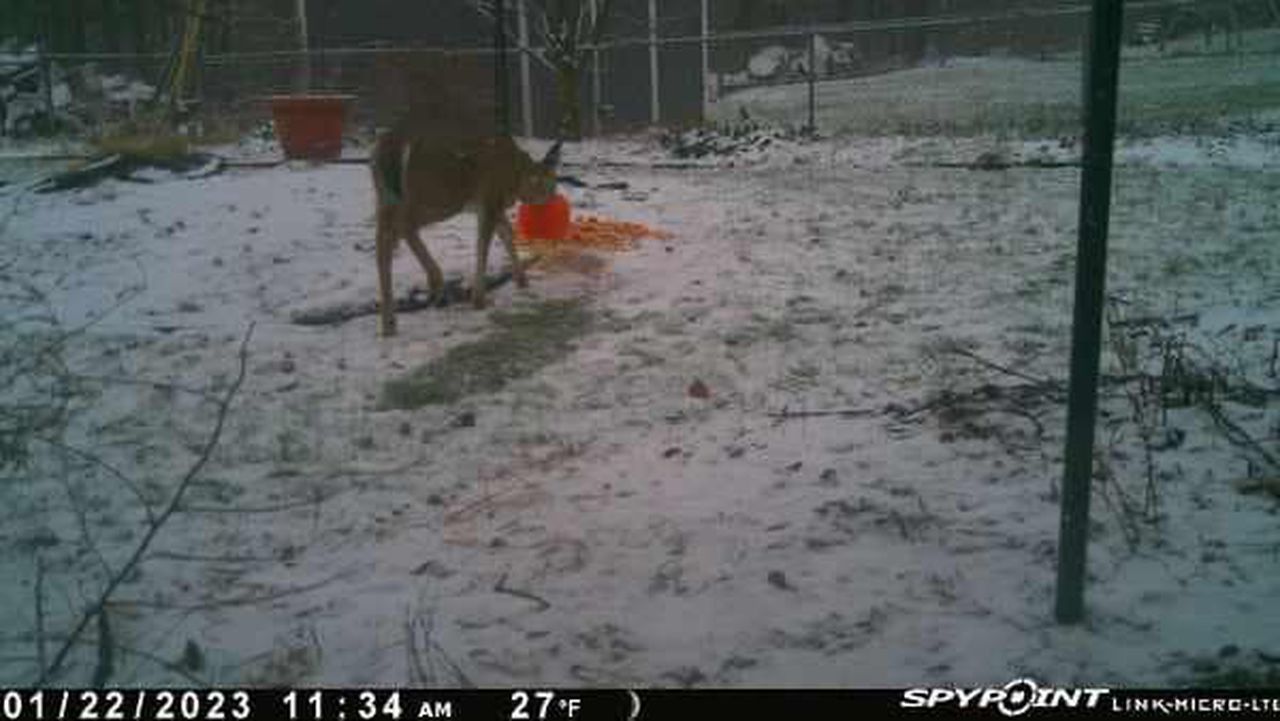 LANSING, MI – A deer has been freed after having a plastic Halloween bucket stuck on its head for weeks.

The orange jack-o-lantern bucket was stuck around the deer’s snout, making it difficult or impossible to eat. Concerned citizens in the Lansing neighborhood where the deer was roaming contacted a local rescue group for help.

On Sunday, Jan. 22, South Lyon Murphy Lost Animal Recovery used a net to capture the deer, which they named “Lucky.” They then cut away the bucket, detangled him and released him. It all took about three minutes. Check out the video here.

“Happy gotcha day Lucky!” the rescue group said on Facebook. “Congratulations on being freed from your pumpkin prison!”

The group also has advice on how to properly dispose of Halloween buckets – and other similar items – to prevent animals from becoming trapped: Cut the straps or handles.

“We can prevent this,” the group said. “Deer are sooooo curious, like all life is. We are stewards of nature and we all can do a better job.”

Feds ‘want to drag me through the mud and all we did was help people,’ owner of Michigan zoo says