Meghan Markle complained about ‘not getting paid’ for 2018 royal tour, new book claims 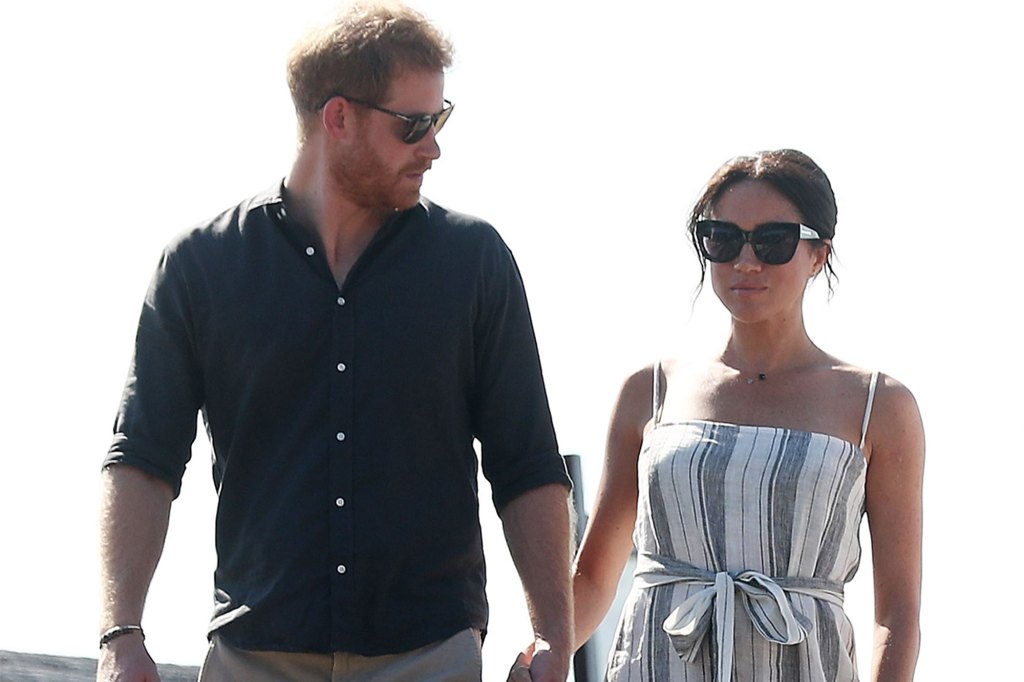 Meghan Markle didn’t hide her apparent disdain for royal duties before “Megxit,” once even complaining out loud that she should have gotten paid for her 2018 tour of Australia, during which she treated staffers “horribly,” a new book claims.

The Duchess of Sussex revealed in her reception Down Under as the newly minted “inspirational” bride of Prince Harry, but in private Markle sang a different tune, The Sun reported, citing the book “In Courtiers: the Hidden Power Behind the Crown” by Valentine Low.

“Although she enjoyed the attention, Meghan failed to understand the point of all those walkabouts, shaking hands with countless strangers,” Low reportedly wrote.

“According to several members of staff, she was heard to say on at least one occasion, ‘I can’t believe I’m not getting paid for this.’”

The divorced biracial American actress also bullied courtiers before she was even a member of the royal family, and continued to treat them harshly until she and Harry announced they were splitting from the palace in 2020, the book said.

She lashed out at one of Harry’s advisors six months before their 2017 engagement, saying, “I think we both know I’m going to be one of your bosses soon,” according to the report.

When a senior aide told the couple that the staff was bristling at the way they were being treated, Meghan retorted that it wasn’t her “job to coddle people,” Low reportedly wrote.

“After Meghan had pulled to shreds a plan she had drawn up, the woman told Meghan how hard it would be to implement a new one. ‘Don’t worry,’ Meghan reportedly told her. ‘If there was literally anyone else I could ask to do this, I would be asking them instead of you.’”

The incident prompted Prince William to intervene and reassure the woman she was doing a great job — causing her to burst into tears, according to the tome, which will be released in England next week.

On another occasion, Markle called another staffer every five minutes during a Friday night dinner. The pestering calls continued the next morning and lasted “for days,” the book reportedly said.

Markle and her assistant also had a falling out over her desire to keep clothes that designers would send her — which is against royal policy, Low wrote, according to The Sun.

The Sussexes’ press chief Jason Knauf filed a bullying complaint against his boss in 2018 before resigning and being hired by William and Kate Middleton.

Buckingham Palace opened an investigation into allegations of Markle’s bad behavior 18 months ago but said this summer it would not publicize the findings.

Markle has denied all allegations of bullying and harassment, but the book revealed her alleged browbeating extended to her future husband when the two were dating.

Before they were linked in the press as a couple, Meghan gave Harry a daring ultimatum, according to the report.

“She was saying, ‘If you don’t put out a statement confirming I’m your girlfriend, I’m going to break up with you,’” a source told Low.

The threat “freaked out” the prince, who frantically told others, “She’s going to dump me,” the book said.

After the relationship was made public in 2016, Markle turned her wrath to courtiers, according to the newspaper’s synopsis of the book.

“She told Harry’s staff, ‘I know how the Palace works. I know how this is going to play out. You don’t care about the girlfriend,’” a source told Low.

Arizona is only a game out of first place in the NFC West before the calendar even turns to October, but the Cardinals certainly...
Read more
Hot News

Prince William has revealed he has started learning Welsh as it emerges he has no plans to stage a formal investiture as Prince of...
Read more

Arizona is only a game out of first place in the NFC West before the calendar even turns to October, but the Cardinals certainly...
Read more
Hot News

Prince William has revealed he has started learning Welsh as it emerges he has no plans to stage a formal investiture as Prince of...
Read more
Sports