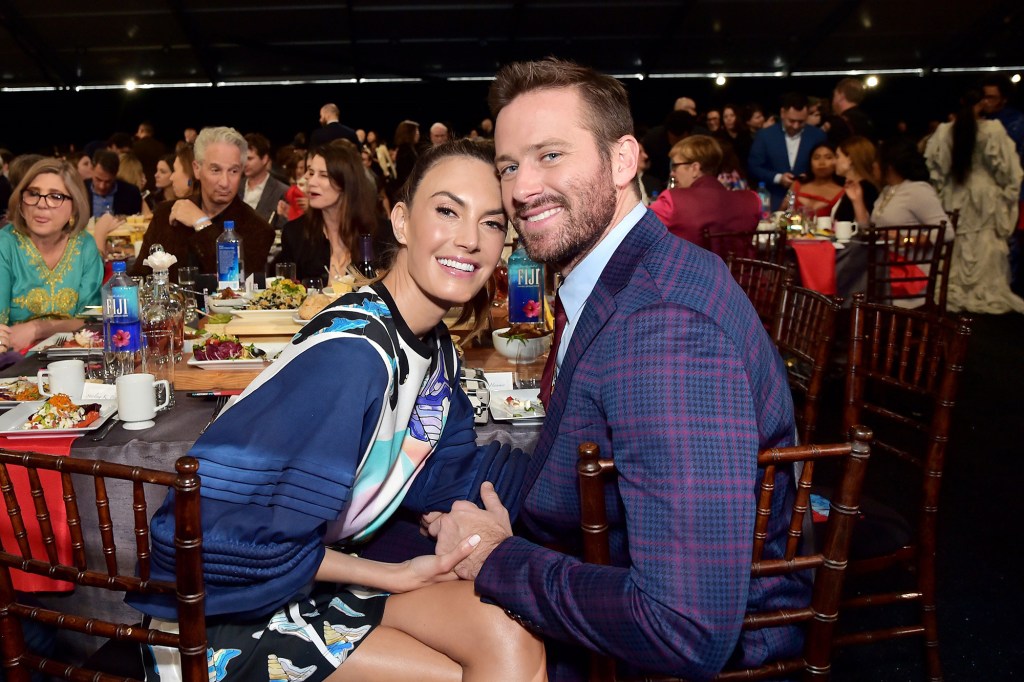 Armie Hammer’s estranged wife has spoken out for the first time since horrific rape and cannibalism accusations were leveled at her husband.

Elizabeth Chambers — who was married to “The Social Network” star for 10 years — sat down with E! News on Wednesday, admitting the past two years have been “hell” for her family.

“I consider myself a feminist and stand in solidarity with anyone who has been a victim of any sort and hope they find healing,” Chambers, 40, declared. “I’m not being here, like, ‘My life is amazing,’ because it’s been hell for a long time.”

In March 2021, the woman behind the Instagram account — known only as Effie — came forward, accusing Hammer of violently raping her for four hours at a Los Angeles hotel in April 2017.

Since that time, multiple other women have also come forward claiming to have been sexually assaulted and mistreated by the star — including one woman who claimed Hammer tied her up and told her he wanted to “break my rib and barbecue and eat it.”

Hammer has denied all allegations of wrongdoing, with his lawyer claiming all sexual encounters were consensual.

In her new E! News interview, Chambers did not discuss specific allegations leveled against her former spouse but revealed they are in constant contact for the sake of their two young children.

“Our divorce is not finalized, but we are in a really great place,” Chambers surprisingly admitted. “We talk all the time. We’re committed fully and wholly to our children and to being together as much as possible in a non-romantic way for our kids. Kids need their mom; kids need their dad. So there’s nothing we won’t do.”

She also admitted that she has been “supporting” Hammer through his “healing” and even appeared to hint that her ex has been reformed, stating: “People change.”

“Armie has been focused on his healing. I’m here to support that process. It’s going to make him the best father, the best person he can be,” the brunette explained. “At the end of the day, that’s the goal. We’re in constant communication and all that matters is that he is the best dad for our children.”

“Time does heal, but time alone doesn’t heal. You need to work through it. People are flawed. People make horrible mistakes. People change, by the way,” she stated.

Chambers has spent the past several years residing in the Cayman Islands close to Hammer — who has reportedly been selling timeshares at a resort there.

“I describe myself as very focused and very clear—and healed, honestly. I feel like I’m in a really good space,” the mom-of-two declared, adding that she’s ready to return to Los Angeles.

Toronto Maple Leafs captain John Tavares will miss the start of the regular season with an oblique injury.The veteran center will be at out...
Read more
United Kingdom