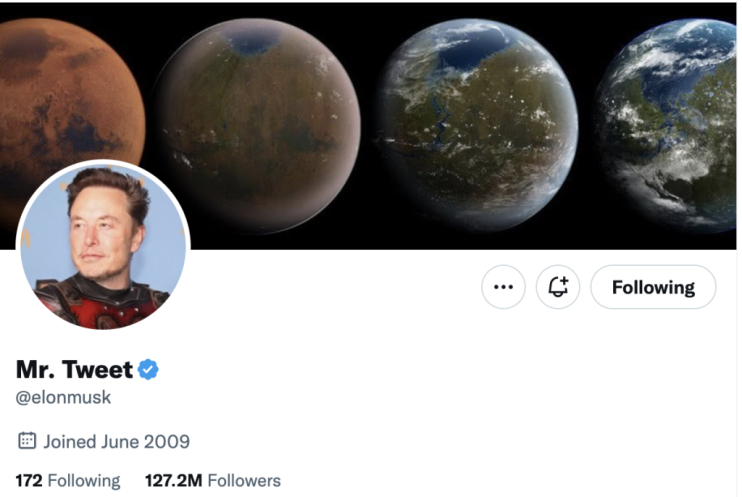 Twitter is “an incredibly powerful tool” to drive Tesla’s demand, according to chief executive Elon Musk.

“I really encourage all kinds of automotive companies to use their Twitter accounts in ways that are interesting, informative and entertaining and it will help drive sales just as it has with Tesla,” Musk told investors on Wednesday night.

The electric vehicle (EV) powerhouse beat Wall Street expectations yesterday when it announced its quarterly revenue had soared to $24.3bn(£19.6bn) – its highest ever.

The car maker – which also reported a 19 per cent gross profit to $5.7bn and a 32 per cent hike in adjusted EBITDA – said the record results were driven by a surge in vehicle deliveries.

This brought the total to over 1.3 million cars delivered, with operating margins going up to 16 per cent.

Gross profit also soared 53 per cent to $20.8bn, while the full-year adjusted EBITDA skyrocketed 65 per cent to $19.2bn.

“The Tesla team achieved these records, despite the fact that 2022 was an incredibly challenging year due to shutdowns, very high interest rates and many delivery challenges,” Musk continued.

Musk’s Twitter comments come as Tesla’s shares have been shaky over the past few months after shareholders grew increasingly frustrated, accusing the entrepreneur of dropping the ball on the car maker.

The billionaire made the headlines over the past few months not only for his infamous takeover of Twitter – which sent ad spending on the social media down 70 per cent in December – but also, more recently, for his US court cases.

According to Daniel Binns – global chief growth officer at brand consultancy firm Interbrand – Tesla has now become a synonym of “arrogance, pomposity and a whiff of old school EV.”

Nevertheless, Musk believes the company is well-positioned to face short-term macroeconomic winds, including higher energy and living costs, as demand continues to soar.

“I want to put [demand] concerns to rest,” he said. “Thus far in January, we have seen the strongest orders year-to-date than ever in our history.

“We are currently seeing orders almost twice the rate of production.”