The reasons behind Liverpool’s disappointing start to the season 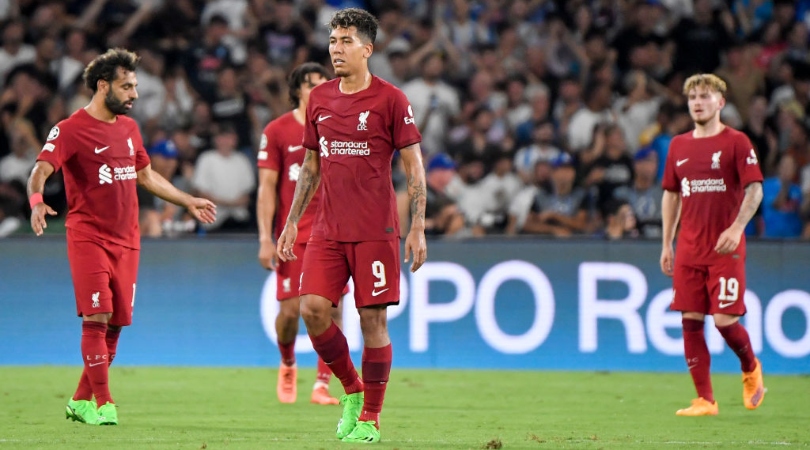 Eight games into the new season, in all competitions, Liverpool have won just three times. It has been, without question, a disappointing start for Jurgen Klopp and his squad.

Those three victories have come against a woeful Bournemouth side in a 9-0 record win – a game you could see as an anomaly among this first six weeks of the season – plus 2-1 wins over Newcastle and Ajax. All three were at Anfield.

Indeed, discounting the Bournemouth game, Liverpool have only been ahead in two games this season – in the final seconds (literally) against Newcastle after the 98th-minute winner, and for a 10-minute period at 1-0 and after the 89th-minute winner against Ajax.

So in seven of their eight games played, Klopp’s side have been in the lead for less than 12 minutes. This lack of being ahead in games leads to tension and anxiety for players and supporters. It also means needing to exert more effort in order to find a goal, further adding to the mental and physical fatigue that’s evident in the squad. It also prevents the team from controlling the game and the tempo, with the ability to then ‘rest with the ball’.

Aside from that Bournemouth game, the last time Liverpool were ahead in a game at half-time was against Newcastle in April. Indeed, those are the only two times they’ve been ahead at half-time in their last 18 games.

Questioned about the slow starts after the opening game of this season against Fulham, Klopp took umbrage, suggesting that “you cannot compare” games towards the end of a season when they played so many games.

The next game saw Liverpool behind after 16 minutes at Old Trafford, fortunate to only be 1-0 at half time. Andy Robertson was a little more forthcoming in his post-match interview than Klopp had been pre-match. “We can’t keep giving ourselves an uphill battle,” he said. “We started slow again and that has to change.

Which is where the issue really gets debatable. You likely have heard about Klopp’s seventh season problems at Mainz and Dortmund, and there is certainly a train of thought that his high-energy, physically demanding style of counter-pressing and out-running, out-sprinting opponents can only work for so long on the same group of players.

Liverpool have been out-run in every fixture so far this season, pointing, perhaps, to a hangover from not only last season’s 63-game campaign but also the last four seasons.

That the key quintet of Trent Alexander-Arnold, Fabinho, Mo Salah, Virgil van Dijk and Robertson have looked a long way off their best is no surprise – those five, along with Alisson and Sadio Mane, have played the most minutes in the last four seasons.

And Mane, that other most-used outfield player, seems to be suffering the same hangover at his new club. “He put in so much for Liverpool,” said Bayern boss Julian Nagelsmann in relation to the Senegalese’s physical condition.

And that is exactly how Liverpool have looked in this opening phase of the season, with players being out-run, out-thought and out-muscled with far too much regularity – and ease.

Klopp has always insisted he prefers to work with a small squad, but asking a small group of players to deliver the physical levels he demands over such a sustained period of time has to have an effect.

What’s required is either a bigger squad with more rotation, or fresh, younger legs to bring back the dynamism that is missing. See Luis Diaz as the prime example of that. More of his ilk are required.

3. The midfield and being too open

And then there’s the big talking point.

Liverpool’s midfield has consistently been the major discussion among supporters pretty much throughout Klopp’s time at the club. From the days of the so-called ‘Brexit midfield’ of Henderson, Milner and Wijnaldum, to the non-goalscoring midfielders debate, to not replacing Wijnaldum, to failing to sign a midfielder this summer.

In the four years since the 2018 arrival of Fabinho, Thiago is the only established midfielder Liverpool have signed. In the meantime, Henderson has turned 32, Milner 36, Fabinho turns 29 next month, and Thiago is 31.

When Klopp said of the 4-1 defeat in Napoli that “when James Milner arrives too late in a challenge and we lose challenges where we usually win them you know something is wrong” supporters could have been forgiven for wondering if he was being ironic.

Robertson offered a more honest assessment in the immediate aftermath in Naples, saying: “We were miles too open, we can’t come to places like this and not be compact.

“When you’re a team that presses and you miss one challenge, you need one to follow it up and back his mate up.”

And it’s that pressing – or lack of it – that is arguably the biggest issue facing Liverpool, creating a domino effect whereby the lack of pressure on the opponent’s midfield means they’re able to play balls in behind Liverpool’s high defensive line.

“Too many times they had big open spaces to run at us and send the ball in behind and cause our two centre-backs problems,” explained Robertson. “You can’t be wide open like that. We have to get back to basics, you have to be compact.”

A week later, against Ajax, Liverpool were a lot more compact and seemingly had used their Premier League postponement to work exactly on what Robertson said – getting ‘back to basics.’

The midfield stayed more connected and more compact, with Harvey Elliott’s in particular adjusting. While the teenager has been one of the few bright points so far this season, his use on the right side role has its tactical issues.

Liverpool average positions vs Napoli (blue) and Ajax (orange).Clear to see how the shape, especially the right side of Trent-Elliott-Salah, was worked on.Elliott had been/does play too wide, whether tactical or due to his style. Knock on effect hurts both Salah and Trent. pic.twitter.com/U2KXMZ5OF5September 15, 2022

Too often, Elliott appears to be too wide on the right, meaning when the ball is turned over in midfield, Fabinho has little protection in front of him, especially if the third midfielder is Milner, who is no longer capable of making the recovery runs required or to press with intensity.

Thiago is key to it all, sitting closer to Fabinho when he plays and thus allowing the right-midfielder (usually Elliott or Henderson) more freedom to push higher, but when the Spaniard is missing is when the issues arise.

Liverpool did eventually sign Arthur on deadline day, a player who is, at least according to the statistics, a very like-for-like player to Thiago. The notion being that if the Brazilian can get up to speed fitness-wise then Liverpool have a deputy to play similarly to Thiago when he is missing/rotated.

And let’s be honest, 13 games in 43 days after the return of football from the international break, Liverpool are going to need it.

Subscribe to FourFourTwo (opens in new tab) today and get three issues, delivered to your door, for just £3. The real perfect hat-trick!

The Los Angeles Chargers suffered yet another injury setback on Wednesday with news that Pro Bowl edge rusher Joey Bosa will go on injured...
Read more