The Lord Mayor on Christopher Wren, the Old Dr. Butler’s Head and why he admires Willie Purves 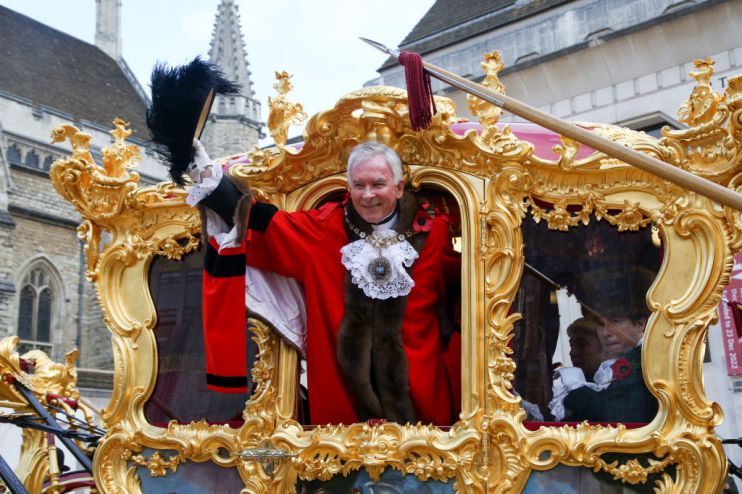 Every week we dip into the memory back of the City’s great and good. This week it’s the Lord Mayor of the City of London, Nicholas Lyons.

What was your first job?
At the Royal Dublin Show, guiding people to their seats. An elderly lady gave me a five pound tip, which was a lot of money in those days!

First job in finance?
I got a job in the early 1980s at the Morgan Guaranty Trust of New York – and I was based in Manhattan on their graduate scheme. It was effectively the core finance parts of an MBA, and I loved it.

When did you know the City was the place for you?
Pretty much as soon as I got back from that time in New York. I loved it straight away.

What’s one thing you love about the City of London…
One thing that stands out is the architecture. We’re celebrating 300 years of Sir Christopher Wren’s death this year and his churches in particular really bind together the City. We’re surrounded by finance all day but the architecture is a reminder of the spiritual side of life, too.

… and one thing you’d change?
Getting around is still a challenge! So maybe we could move deliveries to out of hours to make sure we can move through the City a little quicker.

What’s one thing that’s surprised you about becoming Lord Mayor?
Perhaps it’s the fact that when you extend an invitation to somebody, the answer is invariably yes. This role grants extraordinary access and a convening power which is vital for driving forward the City’s agenda.

And how do you feel about the pomp and ceremony?
There are moments when you look down at the occasionally strange outfits – which I have to wear quite a lot – but really it’s about being a continuum of history. I’m the 694th Lord Mayor, the Rector of City University, the Admiral of the Port of London and no doubt other titles I haven’t discovered yet, but this is really about the passing on of the flame rather than the celebration of the Ashes.

You’re picking the restaurant for lunch – where are we going?
I live my life between the Guildhall and the Mansion House and my favourite on that stretch is the French restaurant Cabotte on Gresham Street.

And for a quick drink after work?
I don’t get to go to the pub very often these days! But certainly in my younger years I did like the Old Dr. Butler’s Head on Masons Avenue.

Who is the City figure you most admire?
In the past, I think it’s the former HSBC boss Sir Willie Purves. A powerful, honest Scotsman, and he really managed to turn HSBC into a truly global bank, guiding it through the acquisition of the Midland Bank. In today’s City I’d say Sir Nigel Wilson at Legal and General.

Where’s home during the week?
Well, it’s now here at the Mansion House!

And where might we find you at the weekend?
Home is really north Norfolk, so I’ll be there walking our three English spaniels.

You’ve got a fortnight off – where are you going and who are you going with?
We’ll head to the West Indies – to the island of Nevis, and the Montpellier Plantation Hotel. My wife and I have been going there for 35 years. It’s our haven.

The Square Mile and Me: Bill Blain on Bear Stearns, the Old Dr Butler’s Head and sailing on the Solent