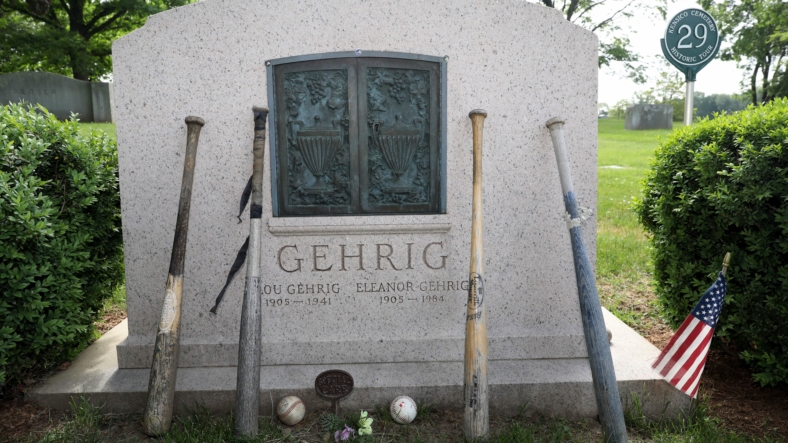 Who are the 10 greatest New York Yankees of all-time? While the apparatus of topics typically vary from post-game coverage to breaking news, it’s time we expand our horizons and take a stroll through history. We will dial back to the New York Yankees’ Murderers’ Row dynasty and work towards the modern era.

This won’t be the first time that the Yankees have been identified as the most-potent franchise of all-time. Subsequent teams such as the San Francisco Giants and St. Louis Cardinals are intimately associated with the term greatest franchise.

Ever since their establishment as the New York Highlanders in 1903 (later to be named the New York Yankees), the Bronx Bombers own a 10,592-7,995 record between the two empires. New York has processed loads of talent throughout the franchise in the biggest market in all of baseball.

We will now provide an updated version of the 10 greatest New York Yankees players of all time. While each honorary mention could spark a disagreement for decades, each selection is backed by sound analysis and reasoning.

There wasn’t too much controversy when reckoning the most potent Yankee to ever put on Pinstripes. Babe Ruth was the obvious installment at the one spot as he is widely regarded as the greatest two-way player ever.

The most dependable sabermetric to measure a player’s offensive production is Wins Above Replacement (WAR). Straight off the bat, Ruth collected 143.4 WAR throughout his 15-year tenure as a Bronx Bomber. No other Yankee has broken the 100 WAR barrier except Lou Gherig and Mickey Mantle, which we will expand on later.

Ruth practically owns the Yankees record book and his number can be found on almost every leaderboard. His .349 career batting average in pinstripes merely defines the percentage of at-bats that fell for a hit. Most importantly, Ruth leads in on-base percentage (.484) and slugging (.711) which in modern-day terms, estimates a player’s value in the batter’s box.

Related: Comparing Babe Ruth to Josh Gibson as the greatest hitter of all-time

The number of accolades that Gehrig mounted as a Yankee is aptly fitting to follow up on Ruth. A two-time MVP with countless votes throughout his career which put him in MVP conversations.

Statistically, Gehrig is unmatched by Ruth when cracking open the franchise leaderboard. Although, Gehrig isn’t too far behind and can definitely compete with Ruth’s legacy. He ranks second in the most valuable statistics as a hitter, with only Ruth to undermine. Gehrig’s career line of .340/.447/.632 is filed directly below The Great Bambino’s line of .342/.474/.690.

The New York native was named to seven consecutive All-Star Games, beginning from its establishment in 1933. Needless to say, his years prior to the All-Star Game’s founding would qualify as an “All-Star” season.

This was by far the toughest spot to determine. We pondered on the Mantle and Joe DiMaggio argument for quite a while until coming to our senses. Mantle has the advantage in terms of career length (18 seasons), which enabled him to maintain a healthy production of WAR (110.2). DiMaggio was active for just 13 seasons which he totaled 79.2 WAR over his tenure. Analytically, their stats are fairly alike, and ironically enough, they end up with an identical OPS of .977.

We awarded this spot to DiMaggio, despite Mantle’s accomplishments as a heavy hitter. DiMaggio was widely regarded as a professional hitter and heralded for his defensive capabilities. He was granted three MVPs as well as 13 consecutive All-Star appearances. Mantle may have possessed raw power which DiMaggio was less privileged to, however, the Yankee Clipper showcased his abilities through the knack to get on base. He collected 2,214 knocks which had the potential to undermine Mantle’s 2,415 if his military duties didn’t impede his career.

Putting aside the Great Bambino, Mantle is the epitome of a slugger’s stroke. The Oklahoma native is listed 18th on the all-time home run leaderboard with 536 of his own. Although, Mantle was practically a free swinger and led the league five times in strikeouts.

He’s the winner of two consecutive MVP seasons (1956, 1957), with another to come later in ’62. His career line of .298/.421/.557/ is a clean shoo-in for one of the all-time greats and stacks up fairly well in the franchise record book. Most prominently, Mantle ranks third in WAR with only Ruth and Gehrig in front.

There weren’t too many complications when deciding the number five slot, assuming you have the slightest comprehension of a shortstop’s role on the diamond. Jeter was deployed in the prime position of shortstop, where many associate him with names like Ozzie Smith, Honus Wagner and Cal Ripken Jr.

Derek Jeter has been the most dynamic Yankee over the past decade, with Aaron Judge making his case. We all can vouch for Jeter’s inhuman abilities at shortstop which many compare to the Wizard of Oz. A five-time gold glover with a pair of the most majestic plays by a shortstop. The “Glove Flip” and the “Jeter Throw” are of his greatest moments in pinstripes.

Offensively, a five-time silver slugger is the only evidence required to qualify as a Hall of Fame hitter. The kid from Kalamazoo leads the franchise in hits (3,465) as well as stolen bases (358).

Referred to as the “Sandman” or “Mo,” the Panama native was nothing short of superb. He served a multitude of roles. Whether in a save situation or an eight-inning relief, Rivera would close out the game.

Mo currently leads the all-time record in saves with 652 and maintains a sizeable lead with 51 saves ahead of Trevor Hoffman. Rivera additionally holds an all-time record in ERA+ (205) and games finished (952). The Sandman was not privileged to a Cy Young title, yet he placed second and third in multiple seasons.

Bill Dickey was the most intriguing installment for this spot, considering that Yogi Berra was the alternative. Berra may be the more appealing name to New York Yankees fans. However, Dickey was quite the jock himself.

An 11-time All-Star with a line of .313/.382/.486, Dickey was just a year removed from the 1927 Murderers Row Dynasty and shared his vicinity with several of the all-time greats. Ruth and Gehrig tend to receive all of the attention from that dynasty, but Dickey’s accomplishments should not be mitigated. He was never recognized as an MVP. Howevre, he did place second in the 1938 MVP race with Jimmie Fox taking precedence by a landslide.

“Yogi” served as the starting backstop for 18 full seasons in pinstripes and never sold himself short. Berra was selected to 18 All-Star Games, supplemented by three MVPs. He was merely an unsung prodigy who never broke any records, yet, his career was quite commendable for induction into the Baseball Hall of Fame (1972).

Defensively, Berra was not a Gold Glove winner although his abilities behind the plate were quite the commodity. He ranks 15th in defensive WAR as a Bronx Bomber (9.3) and was widely known to possess a competent arm.

I wouldn’t be an outlier to state that Whitey Ford was the greatest starting pitcher to ever play in a Yankees uniform. Andy Pettitte and Ron Guidry come in close proximity to Ford, although the nine-hole was tailored for Ford’s number.

The southpaw spent the entirety of his 16 years in a Yankees uniform and put away 1,956 via the strikeout (Second to Pettitte in franchise history). Ford holds the franchise record in Innings Pitched (3170.1) as well as shutouts (45). He was recognized for his prestige in 1961 which granted him a Cy Young title.

The final number which will be etched into the top 10 list is Bernie Williams. A-Rod would have replaced Williams if he did not violate the enhancing drugs policy.

Williams was primarily credited for his defensive proficiency, and his bat was no less of an asset. The Puerto Rican native hoisted the American League batting title after he hit .339 in 1998. He mounted four consecutive gold glove awards, from 1997-2000 as well as five straight all-star appearances.

Nearly seven years after his death, excerpts from Alan Rickman’s diary have been published detailing his love/hate relationship with the Harry Potter franchise, where he...
Read more