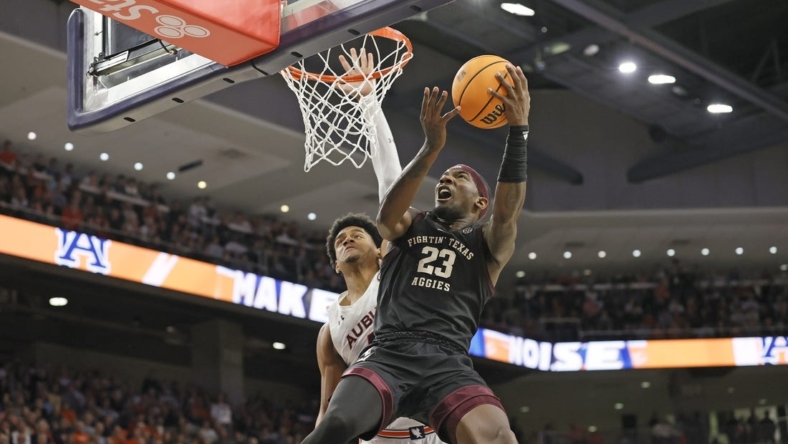 Behind the duo of Tyrece Radford and Wade Taylor IV, visiting Texas A&M upset No. 15 Auburn 79-63 on Wednesday night to end the nation’s longest home winning streak at 28 games.

Taylor IV added 15 points and four assists on 6-of-9 shooting. He was 3 of 5 from behind the arc.

Auburn jumped out to a 10-2 lead early behind a 10-0 run, which was capped by a monster slam dunk by Flanigan.