Ted Lasso and ‘AFC Richmond’ will be playable in FIFA 23 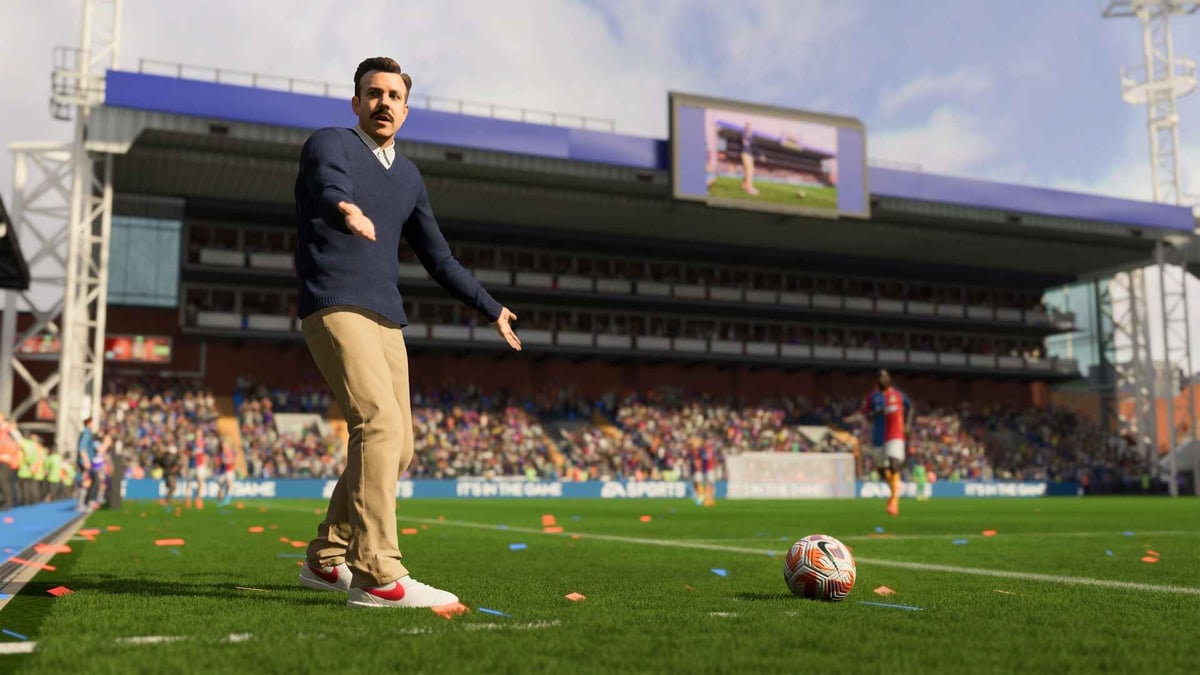 Fifa 23 and fans of Apple TV+ show ‘Ted Lasso’ are rejoicing over news that the two will be coming together within the game.

EA Sports, who are the creators of the FIFA games, announced yesterday (21 September) that the onscreen football manager and his club AFC Richmond will be feature on FIFA 23.

The announcement means that Ted Lasso, Coach Beard, and the biggest stars of the AFC Richmond squad including Jamie Tartt, Dani Rojas, Sam Obisanya, Roy Kent, and Isaac McAdoo will all be authentically integrated into FIFA 23, along with Nelson Road–the club’s home ground.

An EA Sports spokesperson said: “One of the game’s great motivators, you’ll be able to select Ted Lasso as your playable manager in Career Mode, or you can manage AFC Richmond by swapping them into the Premier League or any other playable Career Mode league.”

The spokesperson added: “In FIFA 23 Ultimate Team, you’ll be able to show your love for AFC Richmond with a series of customisation items including authentic kits and TIFOs, as well as being able to find and select Ted Lasso or Coach Beard as your club’s manager.

“All AFC Richmond content in FUT will be available through objectives and challenges.”

When is FIFA 23 released?

FIFA 23 launches worldwide on September 30, pre-order by September 29 to get an untradeable Ones To Watch Player Item in FIFA 23 Ultimate Team.

DISCLAIMER: This article contains affiliate links. We may earn a small commission on items purchased through this article, but that does not affect our editorial judgement.