Taylor Swift was asked to perform at the Super Bowl Halftime Show, but the star pop singer shook the NFL off 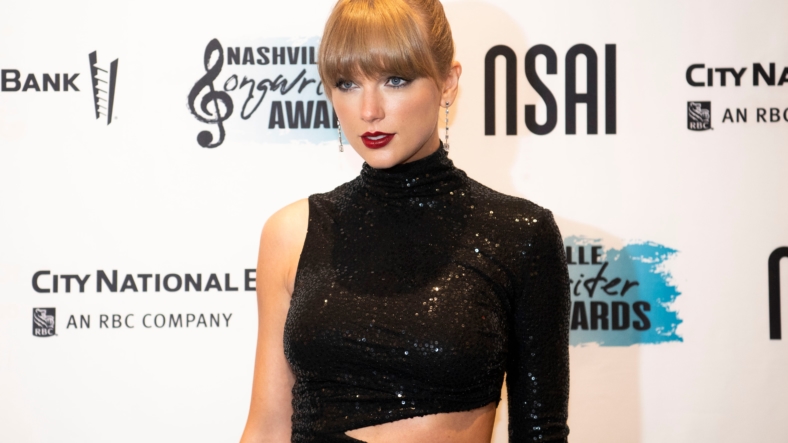 The NFL recently announced a five-year, $250 million partnership with Apple Music to manage the Super Bowl Halftime Show. We don’t know who the halftime performers will be in Super Bowl LVII on February 12, 2023, but we do know who it won’t be. According to several sources, Taylor Swift received an offer to perform at the 2023 Super Bowl Halftime Show, but the star singer opted to shake it off.

This came after plenty of excitement began spreading like wildfire on Friday, suggesting Swift was set to follow up the star-studded performance of last year’s incredible show featuring the likes of Dr. Dre, Eminem, Snoop Dogg, Mary J. Blige, and Kendrick Lamar.

The 57th Super Bowl will take place in Glendale, Arizona, in February of 2023. We know now that Taylor Swift won’t be taking the stage, but as far as who may be the featured performer(s)? It’s anyone’s guess.

It will obviously be a superstar that has worldwide recognition. Last year’s show saw many performers with a California-based background, but that’s much easier when the game takes place in L.A. While the site of the Arizona Cardinals will still draw the biggest names from all around the world, their local musical talent may not feature the same star power as Los Angeles does.

Either way, several musicians would be thrilled for the opportunity to put on a show that leaves a lasting memory in the minds of millions all across the globe. Many regarded last season’s performance as one of the best of all-time, so whoever steps into the limelight will have big shoes to fill. Then again, isn’t that the life of a musician who seeks to perform under the lights on the biggest, most magical stages in the world?

GOP slams Kamala Harris for going to DMZ instead of Texas

Republicans to Vice President Harris: Uh, that’s the wrong border, Kamala. The veep — charged early on in their administration by President Biden with...
Read more

GOP slams Kamala Harris for going to DMZ instead of Texas

Budget 2023: Price of cigarettes goes up again by 50c in unwelcome news for smokers