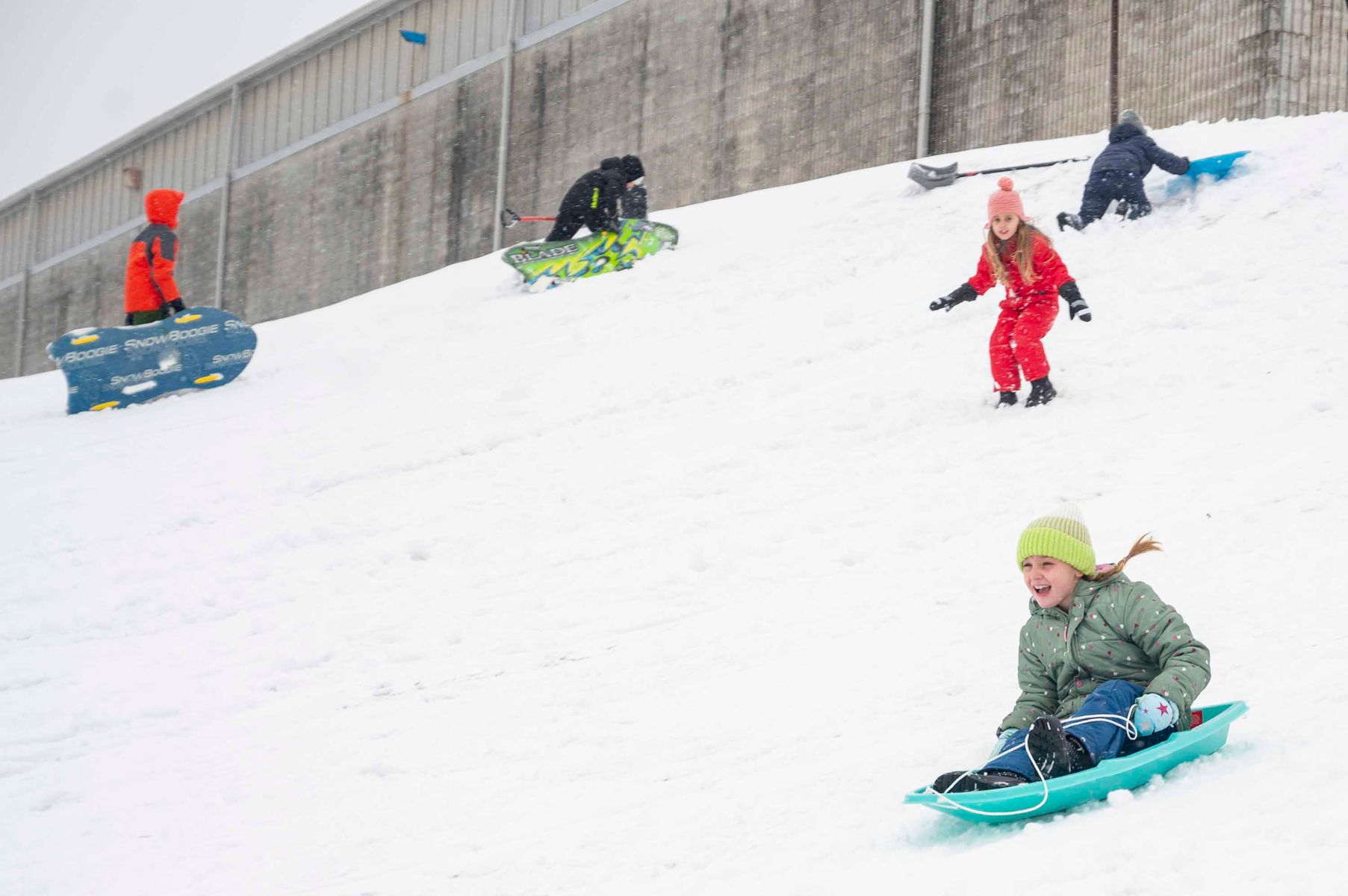 A snow day for Ann Arbor Public Schools meant kids flocked to Veterans Park on Jan. 25 to hit Ann Arbor’s most popular sledding hill. Patrick Grammatico recalled visiting the same hill in his youth as he skidded downhill with his grandson Giovanni, 3.

“I remember coming here as a kid,” he said. “Today we got here early as another family was leaving and we had the hill all to ourselves.”

By 10:30 a.m., a small crowd had formed on the steep slope, including Danny Kline and his son, Arden, 9, and daughter, Freida, 4, on their first-ever sledding trip.

Elsewhere, commuters braved the weather, making their way across a snow-covered downtown by foot and by bike.

Read more: ‘Whatever it takes.’ These winter warriors are biking to work in Ann Arbor

Across town at Nichols Arboretum, heavy flakes fell on a serene tree line as a handful of hikers braved snow drifts to take in the view.

On the University of Michigan campus, courses continued in spite of the weather, but students planned to take advantage of the snow with a 5 p.m. snowball fight on the Diag.

When did the University of Michigan last have a snow day? Santa Ono ignites discussion

Michigan snowfall map: How many inches are forecast to fall near you