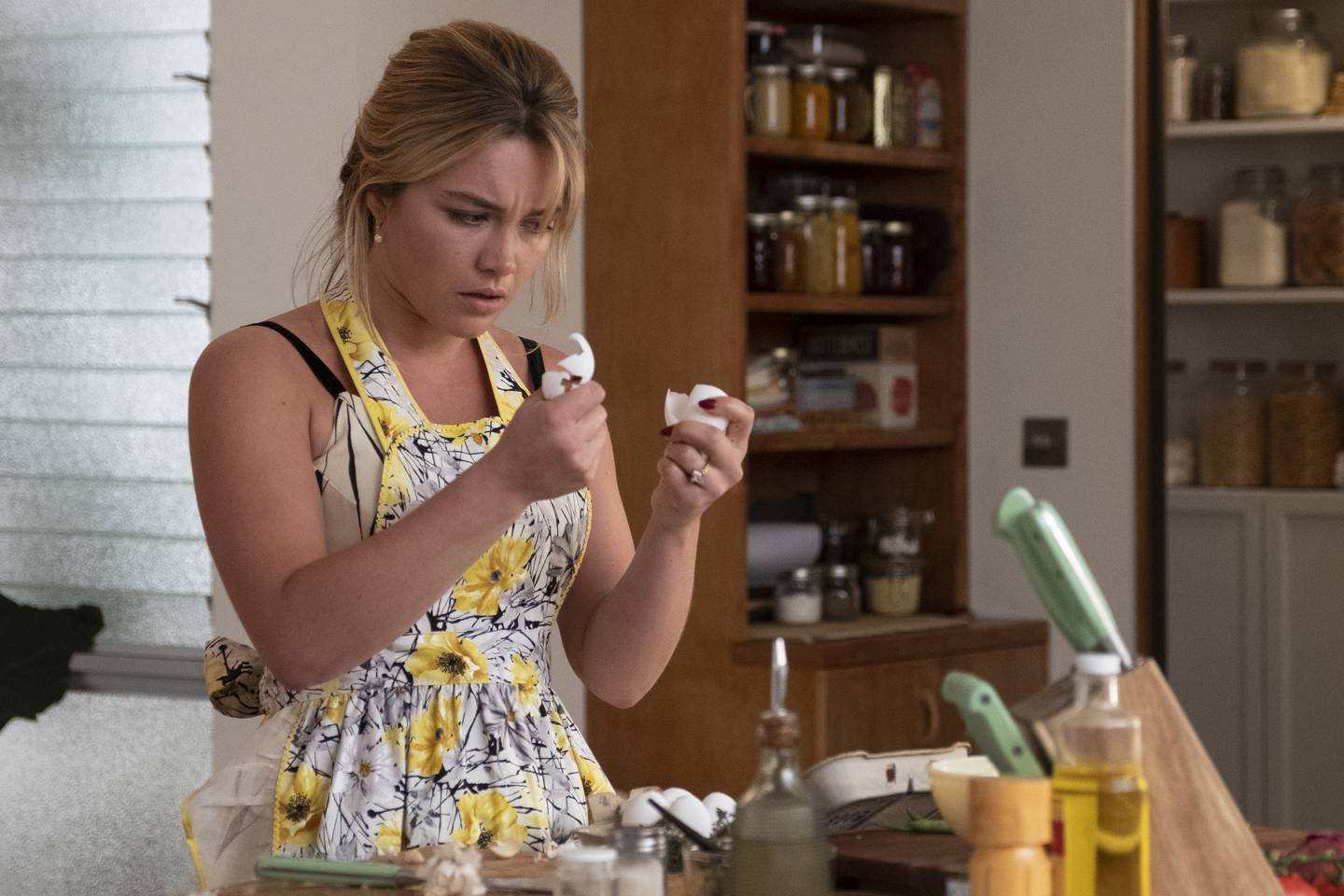 “Don’t Worry Darling” has a nostalgic resonance from the time when Hollywood gossip was a central part of marketing. From public conflicts between actors and a female lead who has clearly distanced herself from the entire film, to a director who began a well-publicized affair with the ten-year-younger male lead. We have neither the space nor the desire to list the rest of the ingredients that have given “Don’t Worry Darling” such exhausting column space (they include the director’s supposed lies about why actor Shia LaBeouf left the project, infidelity allegations, potential crotch spitting and a bitter legal conflict over visitation rights), but the tabloids have thoroughly mapped out all the salacious details surrounding this chaotic production for many months now.

As the press contact for Warner Bros. said before the film screening started: “This is one of the autumn’s most talked about films, but perhaps not for the reasons we had wanted”. There’s a good reason why the film itself has been drowned out by all the noise: “Don’t Worry Darling” is an uninspired update of “The Stepford Wives,” which turns out to be disappointingly shallow, hollow and clumsily constructed. But at least a demonstration model of how capable and thoroughly watchable Florence Pugh is even in the most difficult circumstances – and the opening half hour is rather promising.

So welcome to Victory: where the sun always shines and life is a constant cocktail party with lots of oral sex. An isolated, Los Alamos-like oasis entrenched from the outside world in the California desert, where a collection of glamorous married couples live in an idealized glossy image of fifties American suburbia. Alice Chambers (Florence Pugh) and her husband Jack (pop idol Harry Styles) are the very personification of the past Republicans dream of returning to. Where the suit-clad husbands drive to work in polished sports cars, while the lovely wives wave goodbye before starting the housework. By the time the men return home, the wives have had time to wash, cook dinner, change into evening dresses and have a welcome drink ready. Alice and Jack seem in love and have an active sex life, but she gets a sneaking feeling that something is very wrong in Victoria. We know this because the lady next door Margaret (KiKi Lane) subtly screams “something is very wrong here!!” repeatedly, before climbing onto the roof and slitting her own throat in front of Alice.

Associates Dean (Nick Kroll) and Bunny (director Olivia Wilde) assure Alice that Margaret was only struggling with mental problems, but the sinister events are looming large. A warplane crashes somewhere out in the desert, leading Alice to a building the citizens of Victory are not allowed to approach. She has recurring nightmares of grotesque figures dancing in formation, and is plagued by threatening hallucinations. The problems seem to revolve around Victory founder Frank (Chris Pine). A charismatic mix of project and cult leader, who preaches propaganda platitudes about how this synthetic city is the world recreated to “the way things are meant to be”. According to him, this means that the women stay at the kitchen counter while the men do the important things.

A smarter filmmaker could have managed to milk much more tension around the uncertainty of what is really happening in Victory, but “Don’t Worry Darling” so clearly telegraphs what is going on that we are immediately many steps ahead of the main characters. Several of the actors do their best with this well-used material; and Florence Pugh in particular impresses in a twisted role that alternates between different personalities and realities. But not everyone impresses equally here. Considering how close director Olivia Wilde allegedly got to Harry Styles during filming, it’s striking how thoroughly she lets him down as an actor. Styled with an accent that shifts from scene to scene, is so off-kilter that it seems like Wilde gave up about mid-way through the shoot – prying in a few extra lines explaining that “okay, let’s just say he’s British from now on” (Florence Pugh is equally British but maintains her American accent seamlessly throughout the film).

Styles has the looks of a young Frank Sinatra and is clearly a talented performer, but “Don’t Worry Darling” demands more than he is able to give – at least with Olivia Wilde as (possibly a little distracted) director. Wilde has previously made a name for herself with the fun high school comedy “Booksmart” (2019), but this time she is unable to breathe life into the material. Wilde is completely at home as long as the film breaks its surface with delicate retro production design and tasteful costumes; but stomach splashes as soon as the story requires her to dive a little deeper. She narrates freely from sources such as “Get Out”, “The Truman Show” and “The Matrix”. Some logical gaps and missing explanations suggest that some restructuring, firefighting and processing took place during post-production, but it is also quite possible that these problems stem from a poorly worked-out script. The film loses its footing in step with the main character, and builds up to a predictable surprise that never feels particularly satisfying – or unexpected. All “Don’t Worry Darling” can do is remind us of far better films with exactly the same starting point, and is at best only marginally more watchable than the completely deplorable remake of “The Stepford Wives” (2004).

Fourth-seeded Maxime Cressy racked up 14 aces while posting a 6-4, 6-4 victory over Sebastian Korda in a battle of Americans in the second...
Read more