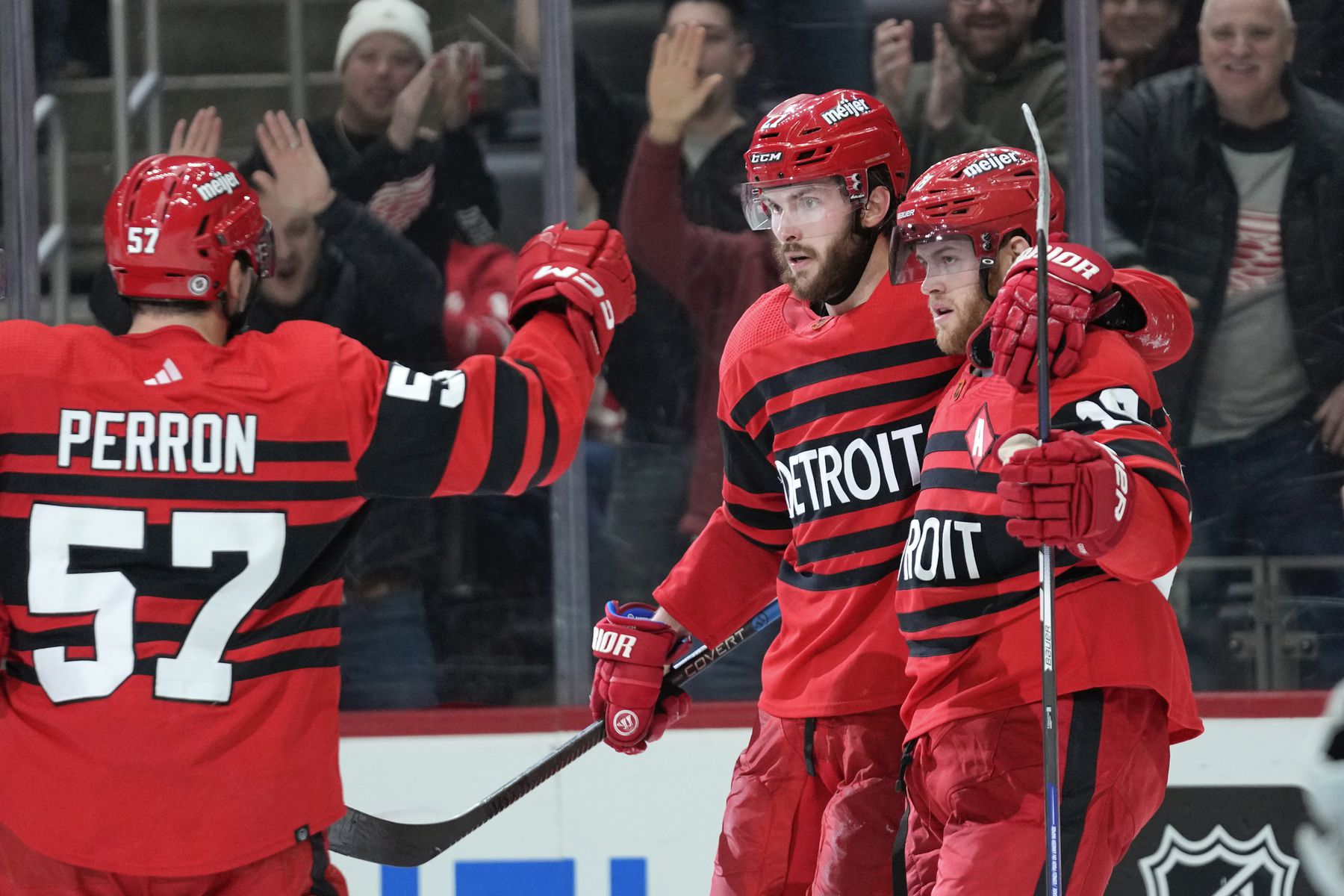 DETROIT – Derek Lalonde has a good handle on his players’ on-ice abilities having coached them for more than half a season.

He’s looking forward to learning more about them and their families on a personal level during the Detroit Red Wings’ first fathers/mentors trip since before the pandemic.

“I want to get to know some different things about the individuals,” Lalonde said. “What goes into developing an NHLer? The uniqueness of so many guys from Europe.

“The first father I met was Mo (Seider’s). He comes right up to me and says, ‘Hey, I’m Seider.’ I’m like, ‘What are you a music star? No first name? Like Seal or Bono?’ Those are neat experiences that you get to know people a little bit. Someday we’ll laugh about it.”

Many of the dads watched Tuesday’s 3-2 overtime victory over San Jose. They flew with the team for games at Montreal (Thursday) and the New York Islanders (Friday).

“Two pretty exciting buildings on the road,” Lalonde said. “I experienced this a couple times in Tampa and it’s an amazing experience.

“It certainly is distracting at times, but at the same time there’s a motivation to it. In some ways I feel it’s a must for the guys.”

Lalonde’s dad, Jack, spends winters in Florida and was one of the few who needed some arm-twisting to tag along.

“He finds this like work, three games in four days, three different cities,” Lalonde said. “He correlates this to being really tired afterward, which I understand.”

The fathers and other guests have behind-the-scenes access to team meetings.

“At the meeting this morning it was different because there were some holes in our game last night that we usually address, so I was a little more matter-of-fact in the meeting than I would have been if (the dads) weren’t there,” Lalonde said.

Unlike some might be inclined to do, Lalonde’s father does not offer any coaching advice.

“My dad barely says boo,” Lalonde said. “Even when I played different sports growing up, he never said boo, which is awesome. When (his kids) were going through their really young ages in minor hockey — typical hockey parent there’s a lot of yelling and screaming — and my one son was like, ‘You need to start yelling and screaming like the other dads.’ I’m like, ‘No, trust me, down the road you’ll appreciate that.’ “

Tyler Bertuzzi, after sitting out two games with a groin injury, is expected to return to the lineup Thursday, just in time for his father, Adrian Gedye, to see him play.

“This is a great trip. Everyone looks forward to it,” Bertuzzi said. “Obviously, bonding time with your dad, but you get to meet everyone else’s parents or whoever they brought.”

Players are grateful for the sacrifices their parents made that enabled them to get this far.

“They play a significant role, along with our moms,” Bertuzzi said. “Waking up early, going to three or four tournaments a year, a lot of driving, a lot of man hours. It’s an expensive sport.”

He looks forward to having similar experiences one day with his infant daughter.

“Hopefully, she’s a golfer. I’m just looking forward to it, be it on a soccer field, an ice rink, anything,” Bertuzzi said. “Obviously when you spend these moments with your dad you look back at how much they did for us and hopefully I can pay it forward.”

Joe Veleno’s father, Tony, is on the trip, and his mother also will be at the game in Montreal, their hometown.

“Anytime you get to see your family, your parents, it’s obviously special,” Veleno said. “It’s crazy how much we don’t get to see them during the season compared to (the average person), but we’re grateful they’re able to come and to spend some time.”

Jonatan Berggren brought his older brother, Jesper, who flew in from Sweden earlier this season to watch Berggren’s NHL debut.

“I think it will be a cool experience for me and my big brother to show him how my day-to-day life is like here in the road,” Berggren said. “I’ll be my first time, too (playing in Montreal and New York). It’s always a cool experience to see some new cities and rinks.”

Dads also will experience some less glamorous aspects of traveling.

“The tough ones sometimes are the back-to-backs, the customs are hit or miss,” Lalonde said. “You roll through those clean at times, but the last time we played in Toronto and came back, it was almost a three-hour process. Our guys didn’t get into bed until 3 in the morning.”

Lalonde said Filip Zadina is close to returning and might be available for one of the next two games.

“He’s in that gray area of, is it too early. because he does have his ups and downs,” Lalonde said. “Every post-skate it either feels great or just feels OK. So, I think you’re dealing with get him in now or let him get those 8-9 days where you’re assuring yourself that he’s 100 percent. We’ll see in the next 24 hours.”

Zadina suffered a broken leg when hit by a shot on Nov. 5.