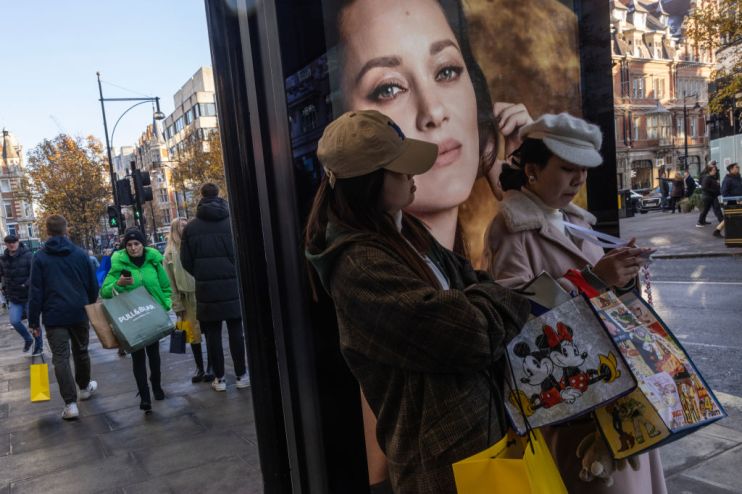 The risk of a recession striking the UK is gathering pace experts warned today as still extremely high inflation and collapsing confidence has resulted in the economy going from “bad to worse”.

Those two factors are squeezing output, pushing business confidence to minus 23.4 points, the lowest reading since 2009, according to the Institute of Chartered Accountants in England and Wales (ICAEW).

Will the global economy avoid a recession? Some people think so

Suren Thiru, economics director at ICAEW, said: “These findings suggest that the economy went from bad to worse at the end of last year. The drop in confidence largely reflects the lethal combination of sky-high inflation and deteriorating customer demand that many firms are struggling to grapple with.”

Consumer inflation has raced to a 40-year high over the last year and is now running at 10.5 per cent, more than five times the Bank of England’s two per cent target.

The ICAEW’s data indicated inflationary pressures are still strong. Both input and output are running at record highs.

As a result, households are forecast to wipe out non essential spending to protect their budgets, which, in combination with higher costs, will squeeze businesses’ finances.

The UK economy likely missed a recession at the tail end of last year, with ONS figures revealing GDP climbed 0.2 per cent in November. As a result, December output would need to drop at least 0.4 per cent for the country to meet the technical two back-to-back quarters of contraction recession definition.

But, PMIs this week revealed the private sector economy is shrinking at the quickest pace in two years.

The rate of profits growth has already slowed to 4.3 per cent, and the ICAEW said this is deterring firms from investing.

Britain has among the lowest rates of business investment in the OECD, a trend that is likely to continue due to the Bank’s nine successive interest rate hikes to 3.5 per cent tame inflation making it more expensive to borrow to fund capital projects.

Figures from the Federation of Small Businesses (FSB) paint a similarly bleak picture.

Optimism among small firms in the final months of last year tumbled to its lowest level since the teeth of the Covid-19 crisis when large swathes of the economy was shut down, down to minus 46 points from minus 36 points in the previous quarter.

Martin McTague, the FSB’s chair, called on chancellor Jeremy Hunt to set out more detail on how the government plans to lift the UK economy out of its more than decade long growth malaise.

“Clearly, falling consumer spending, inflation, and high energy bills are all taking a toll, and poor results after the golden quarter are particularly disappointing – but this should also be a time to grasp the nettle and be decisive in finding more ways for the economy to grow, which is why we have drawn up a plan of action for the Government to implement,” he said.

Why is the FTSE 100 nearing a record high with a recession looming? It ain’t the economy, stupid