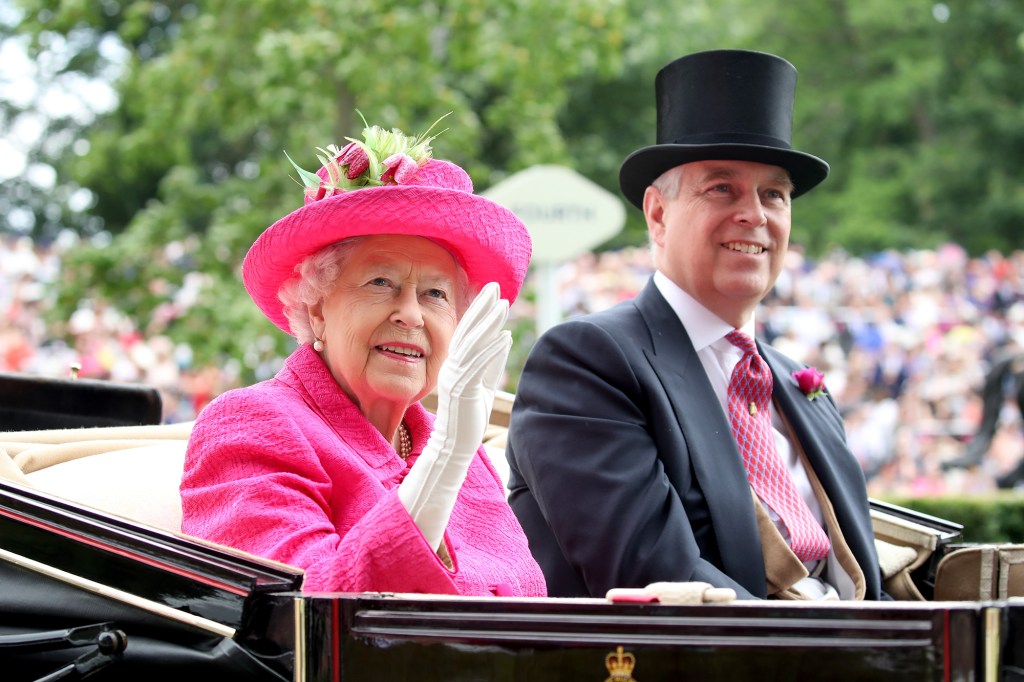 Prince Andrew supposedly “lobbied” Queen Elizabeth II to stop Charles from being the King of England, a new book revealed.

In the explosive biography “Camilla: From Outcast to Queen Consort,” author Angela Levin claimed that Andrew allegedly plotted with Princess Diana and his ex-wife Sarah Ferguson to prevent Charles from being crowned as king before the Queen passed.

According to the book, which details the life of Camilla, Andrew adamantly fought against the union of Charles and Camilla — who are now the King and Queen Consort.

Instead of Andrew, now chief corgi protector, becoming king, William would have been in line for the throne — but only if the queen passed prior to William turning 18, the book claimed.

Levin, who has penned multiple biographies about the lives of the royal family members, credits intel to a “senior insider” who said Andrew purportedly conspired with Diana to “push Prince Charles aside.”

“When Diana was alive, through her friendship with Andrew’s wife Sarah, [Duchess of York] she plotted with Andrew to try to push Prince Charles aside so Prince Andrew could become Regent to Prince William, who was then a teenager,” the insider claimed, calling the times “dark and strange” and fruitful with “paranoia.”

“His behavior was very, very negative and extremely unpleasant to Queen [Elizabeth], who disagreed. I was told it was one of the rare occasions he didn’t get his way,” their allegations in the book read. “Nonetheless, he was apparently very angry that he couldn’t rule the country in some way. He remained so hostile to Camilla’s emergence and acceptance that it’s doubtful it has ever been forgiven.”

According to the book, Levin claimed Andrew was “very nasty” and “poisonous” towards Camilla because he supposedly thought she was untrustworthy.

Supposedly, Charles and Andrew have experienced a tumultuous relationship throughout the years, especially after the Duke of York was stripped of his military titles following a sex abuse case and revealing ties to Jeffery Epstein.

Even at his mother’s funeral, he was banned from wearing his military uniform.

Since being forced out of the royal family, the disgraced prince has attempted to fly under the radar, save for his heartfelt message about his late mother.

“Dear Mummy, Mother, Your Majesty, three in one. Your Majesty, it has been an honor and privilege to serve you,” Andrew said in his statement. “Mother — of the nation, your devotion and personal service to our nation is unique and singular; your people show their love and respect in so many different ways and I know you are looking on honoring their respect.”

“Mummy, your love for a son, your compassion, your care, your confidence I will treasure forever,” he added. “I have found your knowledge and wisdom infinite, with no boundary or containment.”

The parents of a man murdered in Birmingham have described their heartbreak after losing their ‘much loved’ only child. Richard Hopley, 43, was found with...
Read more
Load more
Facebook
Instagram
LinkedIn
Pinterest
Tumblr
Twitter