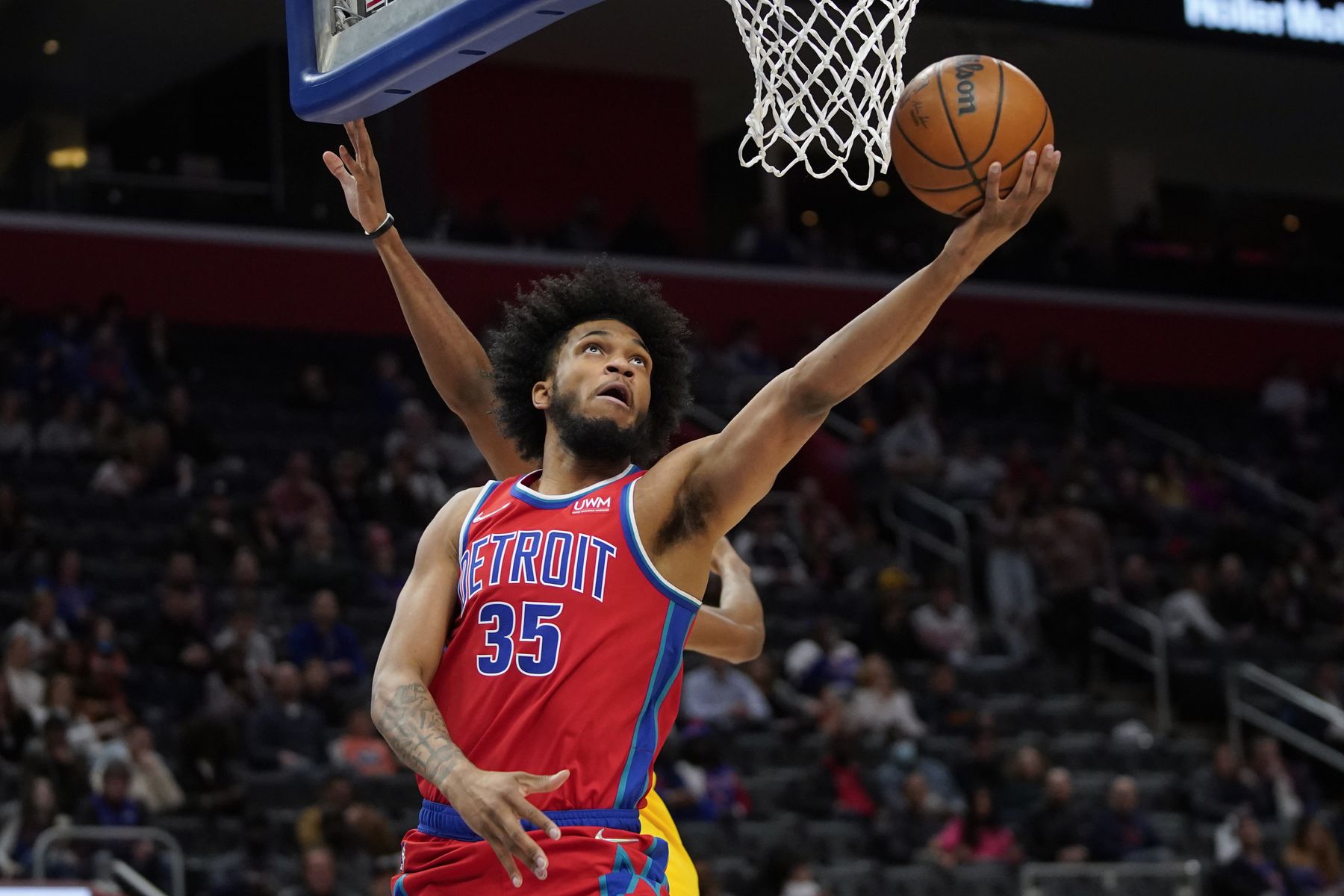 DETROIT — It appears things could be on the upswing for the Detroit Pistons in the injury department.

Pistons forward Marvin Bagley III was visible after Wednesday’s practice, working on several drills with members of the Pistons’ staff.

Bagley has been out of the Pistons’ lineup since fracturing his right hand on Jan. 2 vs. the Portland Trail Blazers. He had surgery successful surgery on Jan. 5 his to repair a fracture of the third and fourth metacarpals in his right hand. The team stated he would be reevaluated in six weeks.

While practicing, Bagley could be seen sporting a black cast-like glove on his right hand. It didn’t stop him, however, from practicing his free throws. He shot several of them with his left hand, and then appeared to attempt a few in a full shooting motion.

Unfortunately for the Pistons, this isn’t Bagley’s first rodeo with injuries this season.

He missed the first 13 games of the regular season with a sprained right MCL and bone bruise that he injured in a preseason game vs. the Oklahoma City Thunder. Upon his return, he started 13 games before moving to Pistons’ bench; paving the way for Jalen Duren to start.

Before going down with his latest injury, Bagley averaged 10.2 points on 55% shooting from the field, 5.8 rebounds, and one block over 10 games in his new role as a reserve.