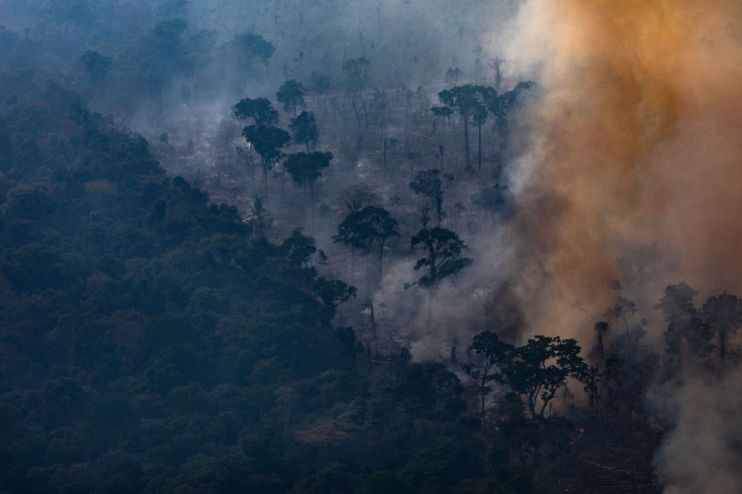 Fraud moves with the times. This summer we experienced more sweltering heatwaves and droughts. Coupled with this month’s Cop27, climate change is again a regular feature in our daily news intake. While others saw a rise in phishing attempts and cost-of-living based scams, we’ve seen climate fraud cases grow exponentially, now involving millions of pounds and spanning multiple jurisdictions.

From Amazon Rainforest investment proposals to solar panel fittings, fraudsters are exploiting individual desires to invest in clean climate solutions. Not only do these complex crimes take the life savings from thousands of investors, but they erode public trust in climate progress and legitimate sustainable investments.

Earlier this year, our year investigation into Global Forestry Investment resulted in the two fraudsters behind the scheme sentenced to 11-years each. They used a promotional video showing wide-angled, aerial shots of the vast Amazon rainforest to encourage their victims to invest in a “high-reward, low-risk” asset that “outperforms traditional investments” – trees.

Global Forestry Investments won investors over with their claims of support from politicians local to the featured plantations, and told investors that they could “rest assured” knowing that they are investing and caring, for the planet.

In truth, there was little-to-no planet-caring taking place, with both fraudsters misleading their victims from the get-go. They showed a crude willingness to swindle pensioners of their hard-earned savings and, in the judge’s words, caused “prolonged stress” to thousands of victims.

The SFO has had signs of a rise in green fraud for some time. In one of our earliest cases of green fraud, two brothers built a fraudulent web of multiple organisations, selling solar panels across the North West of England. Alongside four accomplices, the pair crafted a sales script that promised full returns on a guaranteed investment, and told homeowners they were in the “optimal” position to have solar panels installed, regardless of their financial situation.

For the 1,500 victims of the scheme, many who parted with their life savings, the harsh reality soon hit. The guarantees that had been made were entirely false. Instead of reinvesting the funds as promised, David and Ludovic Black – the two ringleaders – bought sports cars and took private flights across Europe.

The pair and their accomplices were found guilty of running the £17m scam in 2018 after a four-year investigation. They were collectively sentenced to over 30-years imprisonment.

Whether it’s the likes of the Black brothers making false promises about a much needed and sought-after climate solution, or Global Forestry Investments offering ultra-low risk investments in climate projects, we can expect more opportunists to take advantage of the trend as our climate woes rise. No doubt more will lie about how they can help quell our concerns by helping us “to do our bit” in tackling this enormous challenge.

Both of these cases have provided our organisation with a growing understanding of how fraud continually evolves, manipulating consumer and investor behaviour through social conditioning.

UK has too many agencies responsible for fraud, ex-culture secretary says

Lille: The rectorate will file a complaint after threats against a teacher

Justice An educational outing to migrants in Calais has been canceled after criticism from the far right...
Read more
World

Emery ‘might not want’ £25m star at World Cup

Lille: The rectorate will file a complaint after threats against a teacher

Justice An educational outing to migrants in Calais has been canceled after criticism from the far right...
Read more
World

Emery ‘might not want’ £25m star at World Cup