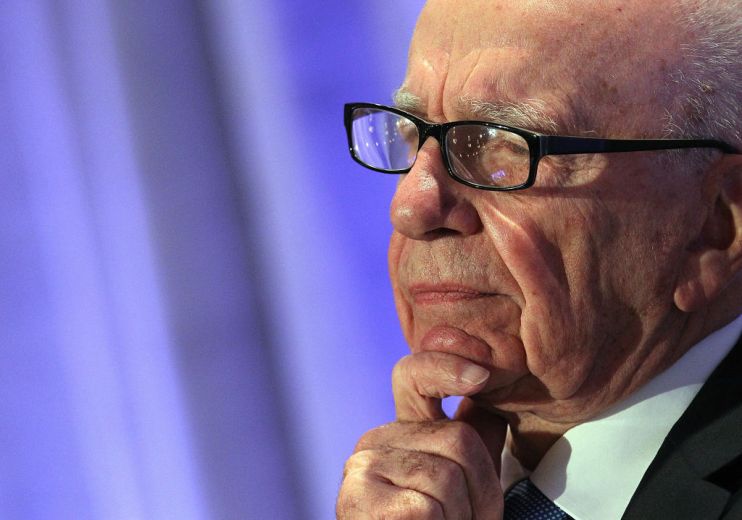 Rupert Murdoch has abandoned an attempt to reunite Fox and News Corp after shareholders expressed their lack of confidence in the merger.

An announcement by News Corp yesterday said Murdoch had retracted his proposal to “explore a potential combination of News Corp and Fox Corporation” in a letter to Fox and News Corp.

The billionaire media tycoon and his son Lachlan Murdoch said the deal was “not optimal” for shareholders of the two entertainment and news companies.

Large investors like Vanguard and BlackRock were concerned that the share value of both Fox and News Corp would falter were they to be combined.

“Murdoch’s ambition to stitch back together his empire ran into opposition from shareholders as they believed a combined company would not realise the full value of the assets,” Hargreaves Lansdown analyst Susannah Streeter said today.

“As stand-alone television and newspaper entities they are considered to have more value on the stock market, despite the synergies which Mr Murdoch clearly reckoned they could have achieved and the opportunity to create a bigger platform with more leverage for acquisitions.”

Last October Murdoch initiated a special committee to explore the potential merger of Fox and News Corp, which his family controls roughly 40 per cent of.

“We applaud the decision to forgo such a transaction as News Corp considers other options to unlock value.”

T. Rowe Price are top shareholders in News Corp with an 18.02 per cent stake.

Streeter said investors have “reacted positively to the scrapping of the plans”. News Corp shares were trading up 12 per cent on Wednesday, and Fox’s up 2.5 per cent.

“But now other restructuring avenues are clearly being pursued to streamline the business including the selling off of Move, the real estate online business,” she added.

News Corp confirmed with Reuters on Tuesday it is in talks to sell real estate company Move Inc to CoStar Group for £2.4bn.

Fox and News Corp were originally unified in Murdoch’s empire but he split them up in 2013, reasoning that they would be more successful as separate entities.

In 2019 Lachlan Murdoch told investors there would be no reunification of the companies.

The Notebook: Jimmy McLoughlin on ChatGPT, a healthy EY boss and the Scotch industry