Michigan OL Trevor Keegan recaps decision to return: ‘Bet on myself to stay’ 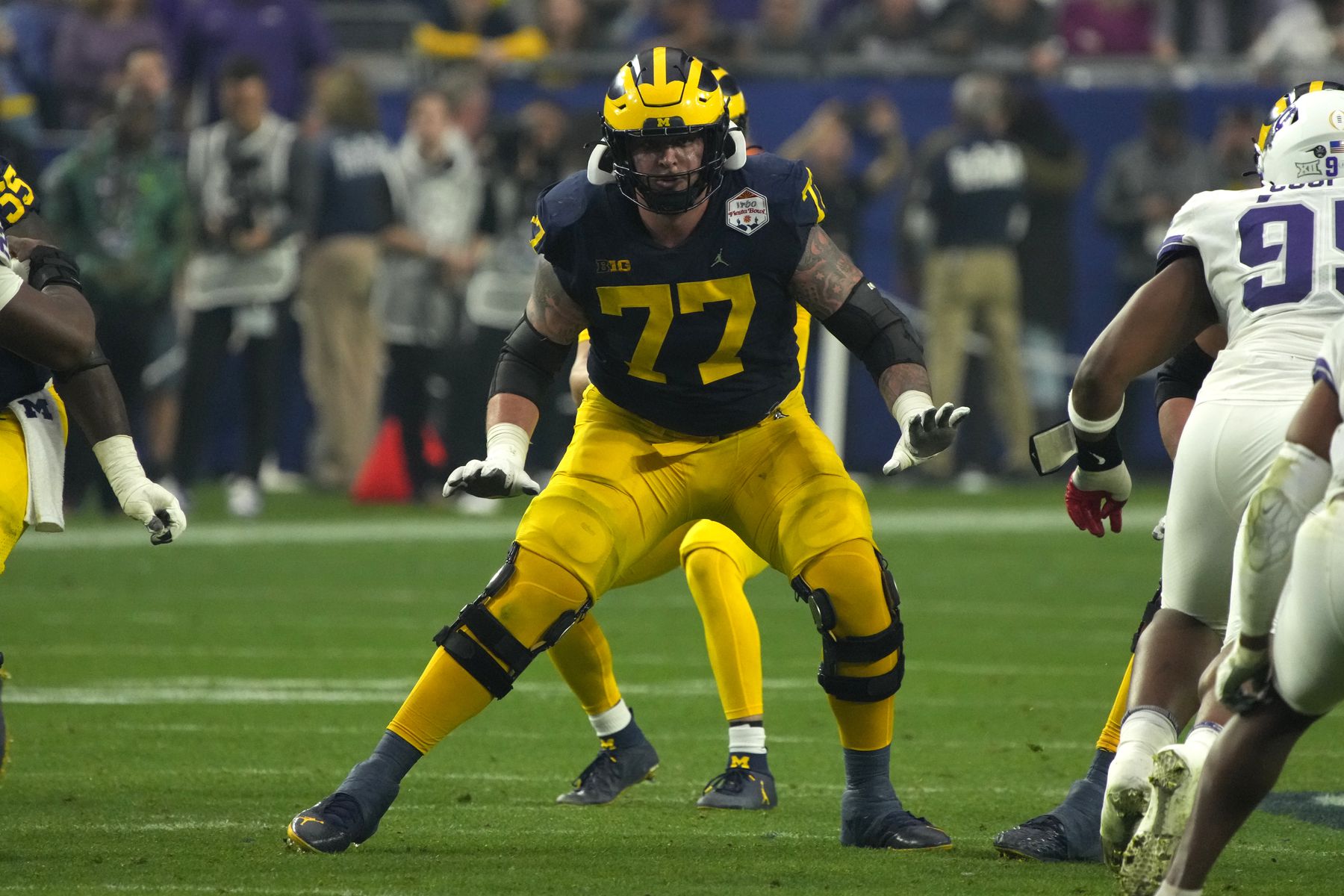 How many times over the years have we heard a Michigan football player say they were declaring for the NFL to bet on themselves?

It’s a common phrase, oftentimes from someone whose pro future appeared cloudy on the surface. Maybe there were questions about their character, or their draft grade was fluid.

While we may not know the exact circumstances Trevor Keegan was dealing with, this much we do: The offensive lineman made the decision earlier this month to return for his senior season in Ann Arbor, a welcomed move that the program appreciated.

“It was super hard, because you grow up your whole life wanting to go to the NFL,” Keegan, a 6-foot-6, 305-pound interior lineman, said this week on the “In the Trenches” podcast with Jon Jansen. “It’s in the grasp of your hands and you want to take it. But talking to my family, friends, coaches, everyone, you realize that maybe another year at Michigan could help me even more in the future.”

Keegan said the feeling-out process included many conversations with coaches on the Michigan staff, agents who heard direct reports from NFL scouts, and even Tom Gamble, Michigan’s director of player personnel and a former NFL executive himself, helped crystalize what he was already thinking.

“It took a while — because there are people who say, ‘Go,’ ‘Stay,’ Go,’ ‘Stay.’ It messes with your head,” Keegan, a two-time all-Big Ten offensive lineman, said. “Then you finally make a decision on your own. I felt like this was the best decision for me.”

All along, Keegan says, he was leaning toward staying, hoping to get another year of starting experience under his belt and an opportunity to clean up some of the underwhelming parts of his game.

In fact, among Michigan’s regular starting five offensive linemen in 2022, Keegan graded out the lowest in run and pass blocking according to Pro Football Focus. He acknowledged the need to improve his ability to stick on blocks at the second level, keeping his balance when getting knocked off a block and finishing.

He believes another year at Michigan, under the tutelage of offensive line coach Sherrone Moore, will do just the trick.

“Why make a decision that’s not really in your hands, that you can’t really change where you’re going to get picked?,” Keegan said. “You can always bet on yourself, but I bet on myself to stay here another year.”

Keegan joins fellow Michigan guard Zak Zinter, who also elected to return for another season, despite a higher draft grade and ceiling, and two rotational players up front, tackles Karsen Barnhart and Trente Jones. The Wolverines are also set to welcome three offensive linemen from the transfer portal, an experienced group ready to come in and compete for starting roles right away.

While Keegan says his decision was independent of Zinter, he did foreshadow which way he was leaning after Michigan’s 51-45 loss to Texas Christian in the Fiesta Bowl on Dec. 31, the team’s second straight semifinal-round loss in the College Football Playoff.

“On the field I said, ‘We’ve got to come back and win a national championship,’” Keegan said on the podcast. “I told him that. And he was like, ‘Yeah, we have to.’ That feeling alone, I couldn’t go off being a Michigan Wolverine with that feeling.”

Michigan is also bringing back starting quarterback J.J. McCarthy, running backs Blake Corum and Donovan Edwards, and has enough talent at tight end and receiver to make another run at a Big Ten title and CFP appearance, all factors helping to tip the scales for Keegan.

“My mentality was that we were going to a national championship to play Georgia the whole time,” Keegan said. “That’s all I was thinking. For that not to happen, and our goals not to be achieved, it was definitely a kick in the butt. You’ve just got to come back, get with the guys and keep working to get to that goal.”

DB Will Johnson wants to build on stellar freshman season