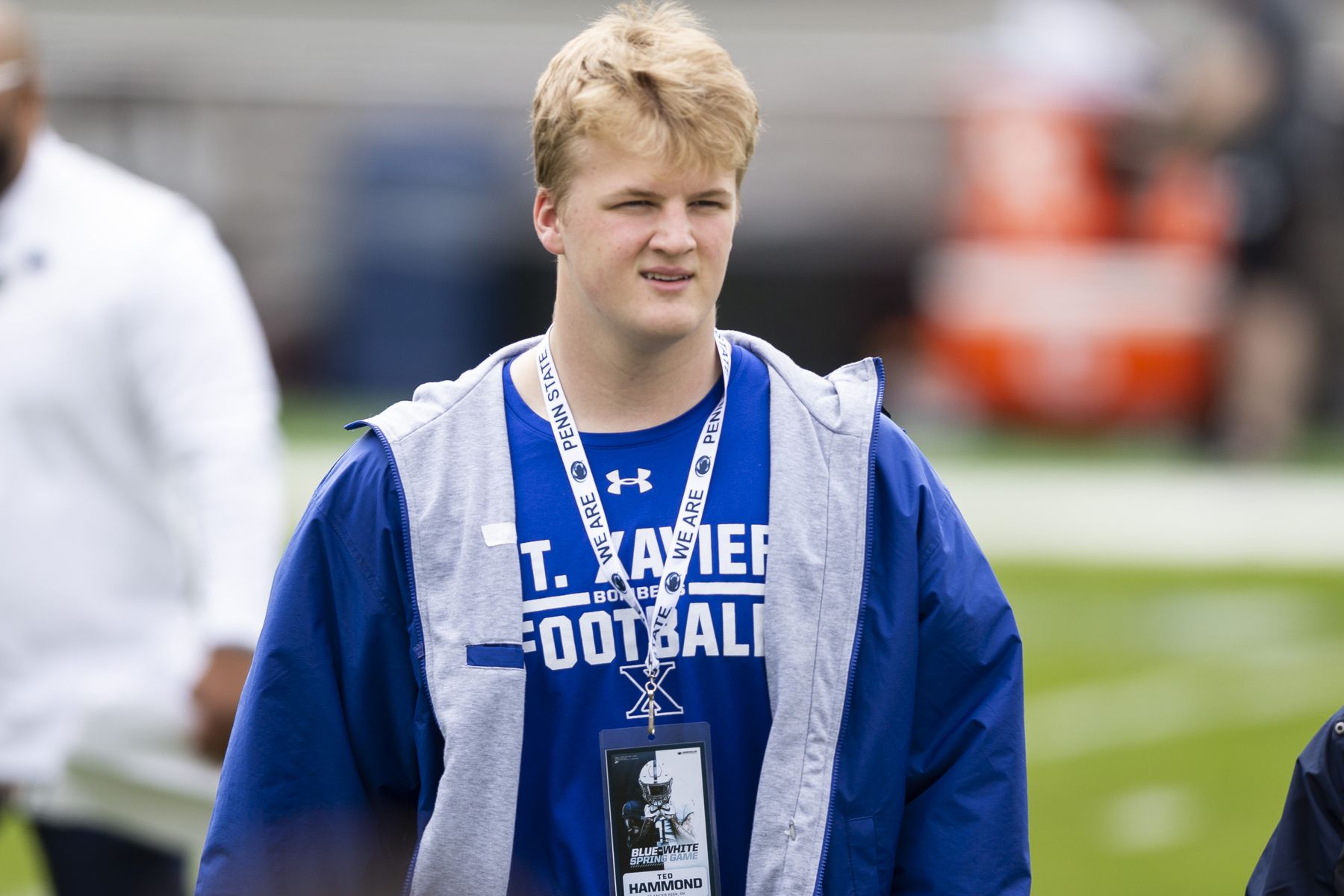 The first of two junior day events Michigan is hosting this month has resulted in a commitment for the Wolverines.

Ted Hammond, a class of 2024 three-star defensive lineman from Cincinnati (Ohio) St. Xavier, announced his verbal pledge Wednesday night in a post on social media, where he also thanked coaches and family.

The 6-foot-5, 258-pounder is ranked as the No. 357 overall prospect and No. 31 defensive lineman nationally, according to the 247Sports Composite system. He becomes the program’s fifth commit in the 2024 class.

The Wolverines continue to forge their Ohio to Michigan pipeline. Hammond was one of four Ohio prospects to visit Ann Arbor last weekend, including four-star offensive tackle commit Luke Hamilton, who is from Avon.

Hammond, who was offered by the Wolverines on Jan. 13, chose Michigan over 20 other reported offers, including Big Ten schools Minnesota, Iowa, Northwestern and Rutgers.