Michigan basketball, in need of a marquee win, set to host No. 1 Purdue 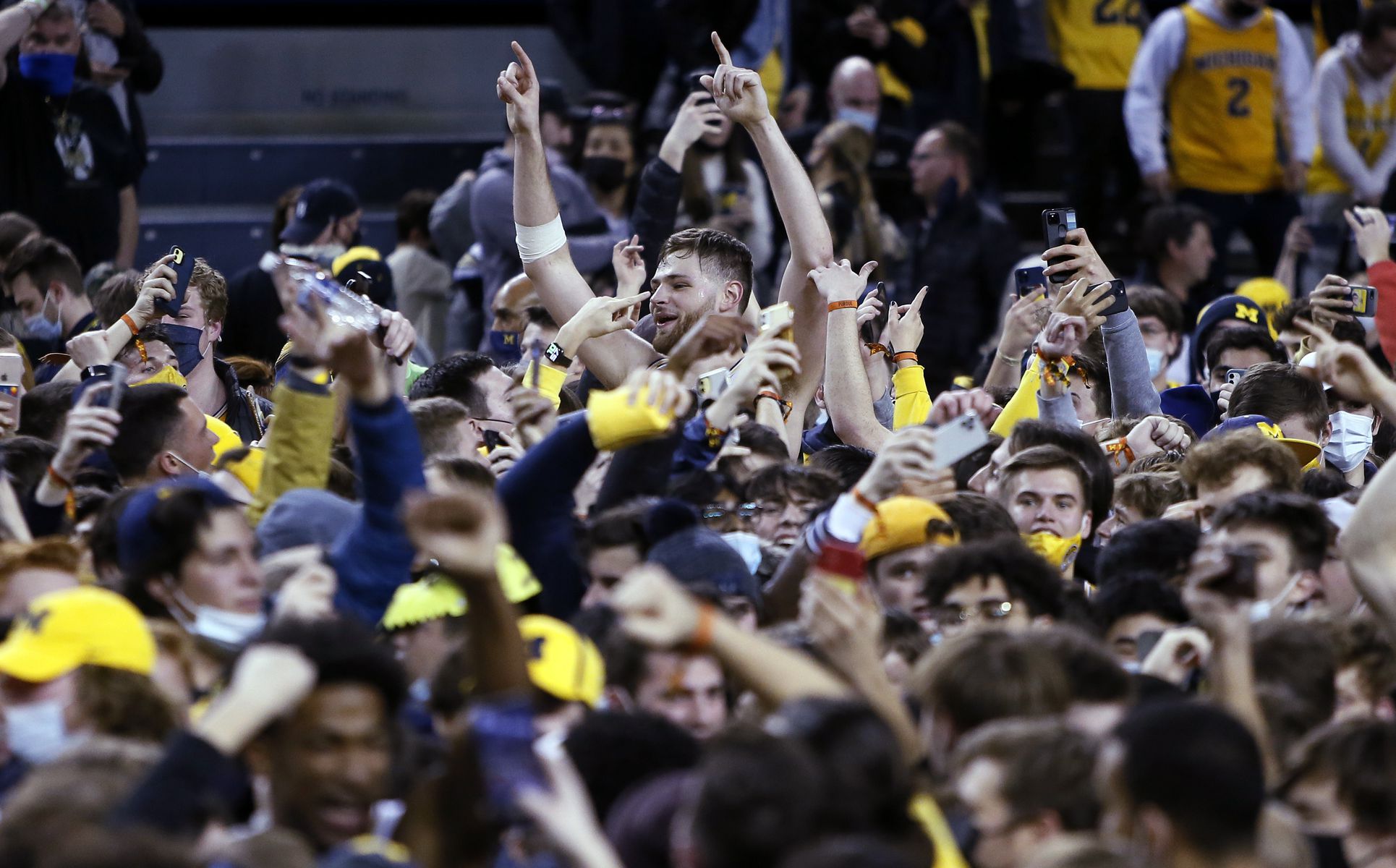 ANN ARBOR — The centers are at the center of Michigan’s matchup with top-ranked Purdue on Thursday. The battle between Purdue’s Zach Edey, the National Player of the Year frontrunner, and Michigan’s leading scorer and rebounder, Hunter Dickinson, should be entertaining.

As large as those players loom — a combined 14 feet and five inches and 550 pounds — Michigan head coach Juwan Howard knows the game is bigger than any individual matchup.

“They’re No. 1 for a reason,” Howard said on Wednesday after rattling off various Purdue players and team stats. “They’re very good.”

Last season, an inconsistent Michigan team played its best game of the year to knock off then-No. 3 Purdue at Crisler Center. The Wolverines will try to pull off a similar feat on Thursday (9:07 p.m. ET, FS1).

Michigan is 2-25 all-time against No. 1 teams, with the last opportunity at Louisville on Dec. 3, 2019, Howard’s first loss as Michigan’s head coach.

This year’s Purdue squad is 19-1 (8-1 in the Big Ten) and ranked first in the AP and coaches polls. The lone loss came at home, by one point, to Rutgers on Jan. 2. Just like last season, these Boilermakers come to Ann Arbor riding a six-game win streak.

Edey is a 7-foot-4, 290-pound double-double machine. With fellow big man Trevion Williams gone, Edey’s playing time has jumped dramatically as a junior. He’s averaging 21.5 points and 13.2 rebounds per game, the only player in the country in the top-10 in both categories. He’s yet to attempt a 3-pointer in his college career, dominating in the paint instead.

Michigan, with Dickinson, is better equipped than most teams to neutralize Edey, but Thursday’s game won’t devolve into one-on-one. “It’s not going to be an individual matchup with Zach and Hunter — I know on our end it’s not,” Howard said.

He said that multiple Wolverines will defend (or help) on the Purdue star. He even joked about the possibility of Dug McDaniel, Michigan’s sub-6-foot point guard, ending up on Edey. (Please let this happen.)

Edey is surrounded by good shooters and unselfish players. A pair of freshmen start in the backcourt: Braden Smith and Fletcher Loyer, former Michigan State guard Foster Loyer’s brother and a top-100 recruit whom Michigan offered. Howard has been impressed with both.

Rebounding, an issue for Michigan at times this season, figures to be critical on Thursday. Purdue is excellent on the glass, ranking second in the country in offensive rebounding rate (per kenpom.com).

Defensively, Purdue forces a lot of misses without fouling. The Boilermakers have made 312 free throws this season, while their opponents have attempted just 187. That’s the biggest differential in the country.

“If you got any answers on how to stop them or help us offensively, I’m all ears,” Howard said.

It would help if his youngest son, Jett Howard, were available. The freshman and Michigan’s second-leading scorer injured his ankle in Sunday’s win over Minnesota. Howard didn’t practice on Tuesday. As of Wednesday morning, his dad wasn’t sure if he’d be able to play against Purdue.

Howard was asked if he was pleased with how Michigan (11-8, 5-3) was performing at this point in the season. “Damn right I’m pleased with how my team is playing,” he said. “You’re second in the Big Ten. You’re still fighting and clawing. You’ve had some heartbreaking losses, whether in the nonconference or Big Ten, and you’re still giving out the energy and effort and the buy-in is still real, and there’s still a lot more season to be played. Yes, of course, I love the way our team is playing.”

The Wolverines’ win on Sunday made them 2-5 in games that were decided by four points or fewer or went to overtime. Purdue is 4-1 in such games, including Sunday’s three-point victory over Maryland.

If Michigan were to win on Thursday, one would think it would be close. Then again, unranked Michigan stunned Purdue 82-58 at Crisler last season. The Wolverines have won five of their last six in the series and seven of the last eight at Crisler.

To beat the snowstorm that hit Ann Arbor on Wednesday, the Boilermakers traveled a day early, arriving via bus late Tuesday night. They were scheduled to practice at Eastern Michigan on Wednesday before their standard shoot-around at Crisler on Thursday morning.

It’s a late tip, possibly getting pushed to 9:12 for TV purposes. Howard is not a fan — who is, besides the networks? — but said his team will embrace it. He hopes the snow subsides enough to allow fans to arrive safely and pack Crisler.

The Wolverines could badly use a marquee win. They’ve defeated a few teams currently on the NCAA Tournament bubble — Pittsburgh, Maryland, Penn State, Northwestern — but haven’t gotten over the hump against better competition.

Dickinson and some of his teammates have said throughout the season they’ve felt they can beat any team in the country. On Thursday, they’ll get a shot at the best.