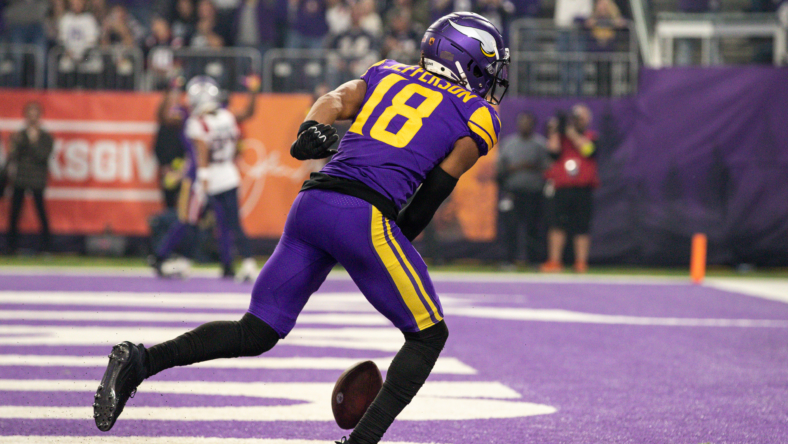 Lately, it seems Justin Jefferson can’t go two weeks without breaking a record. Maybe it’s because the Minnesota Vikings receiver has put his name in the record books several times already this season. Like his yardage total that continues to climb, we’ve lost count.

Two weeks ago it was Jefferson recording the most 100-yard games as a receiver in a player’s first two seasons. Jefferson now has 20 games with 100 or more receiving yards. This mark passed both Randy Moss and Odell Beckham Jr.

Yet, on Thanksgiving Day against the New England Patriots, Jefferson managed to outdo himself and every other NFL receiver to ever put cleats on once again.

Jefferson entered the day needing just 55 yards to make NFL history. He accomplished that mark by the second quarter. Jefferson hauled in a 37-yard catch from Kirk Cousins to officially break the record, held for 22 years.

Now, Jefferson once again surpasses Moss and OBJ and now has the most receiving yards in a player’s first three seasons in NFL history. But what’s really eye-popping is the fact that Jefferson still has six more games to play this season.

Jefferson came into the matchup averaging 109.3 yards per game in 2022. If we project that for the rest of the season, Jefferson would finish just shy of another NFL record. No receiver has ever topped 2,000 yards in a single season, but Jefferson, coming into the day, was on pace for 1,858. With a few more monster games, you never know what he could finish the season with.

Calvin Johnson holds the all-time mark, with 1,964, set with the Detroit Lions in 2012. By all appearances, if Jefferson manages to stay healthy, a 2K-yard receiving season may not be out of the question in a 17-game season. It should be noted Johnson nearly accomplished the feat while playing 16 games, but he’s now a Hall of Famer.

With the way his career has gone so far, a gold jacket could very well be in Jefferson’s future too. 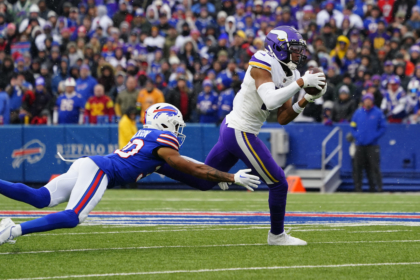 A hyper-real sculpture of a person experiencing homelessness was unveiled at London King’s Cross this morning.Appearing overnight in front of the world famous station,...
Read more
United Kingdom