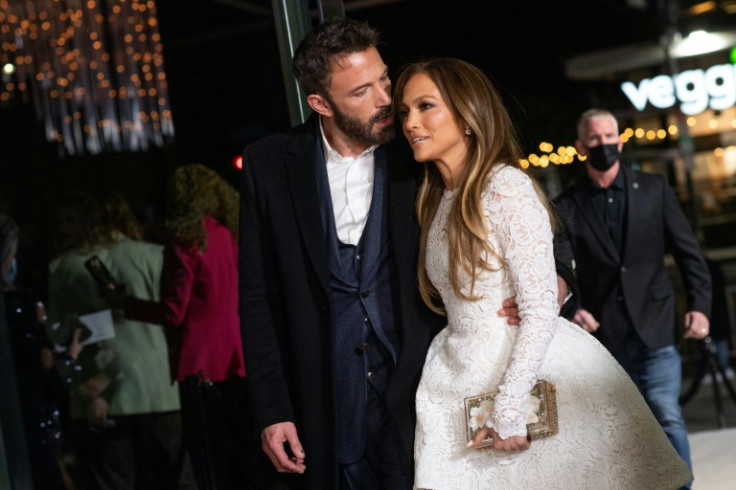 Lopez, 53, surprised her fans when she deleted all of her posts on Instagram — which has 226 million followers — late Tuesday. She also changed the profile picture to a solid black image.

She also replaced the profile pictures of her Twitter (45.5 million followers) and TikTok (15.4 million) accounts with the black image. However, she kept the posts on those channels intact.

On Facebook, where she has 60 million followers, she updated her profile picture and cover photo with an image featuring “Jennifer Lopez” in script, Variety reported.

Lopez’s rep declined to comment on the moves, according to the publication.

Such actions by a celebrity or musician usually precede some sort of major announcement, such as an album.

Some fans of Lopez took to Twitter to share their theories about her recent social media activity and express their excitement about what may be coming.

“@JLo’s Instagram has been wiped! Something big must be happening! #JLOiscoming,” one fan tweeted.

Friday marks the 20th anniversary of Lopez’s third studio album, “This Is Me… Then,” which she reportedly dedicated to her then-beau and now-husband, Ben Affleck, according to CNN.

The album included her singles “Jenny from the Block,” “All I Have” and “Dear Ben.”

Before rekindling their romance in April 2021, Lopez and Affleck were previously engaged from 2002 to 2004. She released her third studio album in November 2002, shortly after she split from her ex-husband Cris Judd and got together with the “Argo” star.

“That was a moment. When you go back and hear that, you hear the purity and the love there,” Lopez said in an interview with Apple Music 1’s Ebro Darden in July 2021. “And I think that’s why people went back as they saw different things happening in my life now and they go, ‘Wow, really?’ And I think it gave people hope. … Some things do last forever.”

The “Hustlers” actress and the Oscar winner got married in a surprise wedding in Las Vegas in July. A month later, they tied the knot again in Georgia in front of their family and friends.

In a recent interview, Lopez explained why she decided to take her husband’s last name.

“People are still going to call me Jennifer Lopez. But my legal name will be Mrs. Affleck because we’re joined together,” the multi-hyphenate star said in her December cover story interview with Vogue. “We’re husband and wife. I’m proud of that. I don’t think that’s a problem.”

Lopez described the decision as a “power move.”

“I’m very much in control of my own life and destiny and feel empowered as a woman and as a person,” she explained. “I can understand that people have their feelings about it, and that’s okay, too. But if you want to know how I feel about it, I just feel like it’s romantic. It still carries tradition and romance to me, and maybe I’m just that kind of girl.”

It has been a big couple days for CD East big man Vincent Carroll-Jackson.Friday he added the defending national champion Georgia Bulldogs to his...
Read more
United Kingdom