Italians have cut food into quantity and quality – Il Tempo 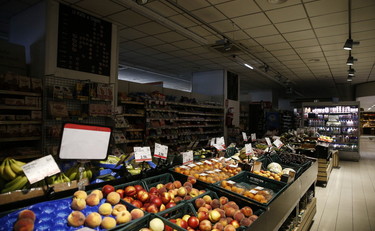 Italian people of gourmets. Or maybe not anymore. Yes, because the accounts are not only done at the bank, at the post office or at the Revenue Agency, they are also and above all done at the table. Inflation also succeeds in this, in depriving the most pleasure-loving people in the world of certain flavours, which until recently were difficult to give up. And so, according to the survey by Coldiretti and Censis presented on the occasion of the XX Agriculture and Food Forum held at Villa Miani yesterday and today, due to high prices, more than one Italian out of two (52%) cut food at the table in quantity or quality, with a disruptive effect that weighs especially on low-income families. With inflation hitting consumer food prices hard, 47% of Italians were forced to cut the amount of food purchased but if we consider the low-income segment of the population, the percentage even rises to 60% , while for high incomes it drops to 24%. Alongside those who have been forced to put less food in their carts to make ends meet, there is also 37% of Italians who have preferred to save on quality (46% in the case of low incomes, but just 22% for tall ones). These renunciations «are therefore socially differentiated according to a logic of food social gap with adults and young people cutting much more than the elderly, and low incomes more than the wealthy. Moreover, more than six out of ten Italians among those who cut purchases are convinced that this situation will last at least for the whole of 2023 “, reads the study. In the ranking of the products most affected by the consumers’ ax, alcoholic drinks are in first place, to which 44% of Italians were forced to say goodbye, completely or even partially. In second place are desserts which are cut in quantity by 44%, while in third place are cured meats which 38.7% of citizens gave up, immediately ahead of fish (38%) and meat (37%). And to think that, again according to Coldiretti, food has become Italy’s first wealth for a value of 580 billion euros in 2022 despite the difficulties associated with the pandemic and the energy crisis triggered by the war in Ukraine. In other words, Made in Italy at the table is now worth almost a quarter of the national GDP and, from field to table, it involves as many as 4 million workers in 740,000 farms, 70,000 food industries, over 330,000 restaurants. But we must defend it, the made in Italy. For this reason the Minister for Agriculture, Francesco Lollobrigida, on the sidelines of the same Forum announced the war on synthetic food, explaining that the board of Crea (Council for agricultural research and analysis of the agricultural economy) «has approved a resolution that invests in research to understand what would be the effects of products made in laboratories that take into account what US scientific studies say, but also to verify whether these products, as someone says, do not hurt or damage our fellow citizens from the point of view of health”.

“The Good Doctor” is back tonight with episode eight of season six. Here’s how you can watch the season’s eighth episode including fuboTV.The eighth...
Read more

“The Good Doctor” is back tonight with episode eight of season six. Here’s how you can watch the season’s eighth episode including fuboTV.The eighth...
Read more
World