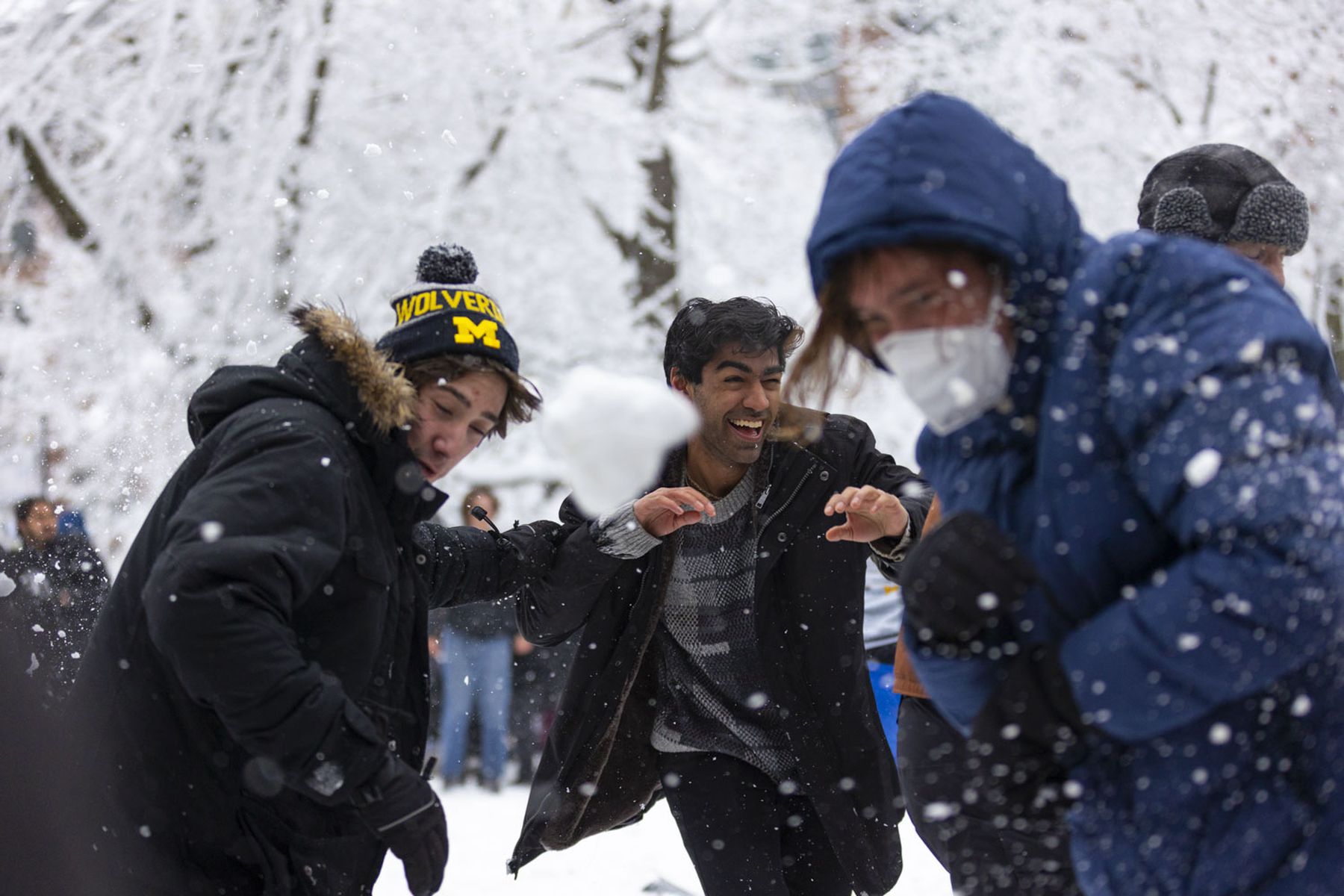 ANN ARBOR, MI — While some prefer to stay inside during a winter storm, University of Michigan students would rather embrace the harsh weather.

Hundreds of students and community members gathered at the heart of campus for a giant snowball fight on Wednesday, Jan. 25.

Before the fight began, a handful of students built a snow fort for protection. This became the center of battle as newcomers formed an opposing front about 30 feet away.

At one point, a dog entered the battlefield. Immediately, a ceasefire was called until the dog was safely back with its owner.

Those who were not interested in being pelted by surprise stuck to the outskirts of the Diag. Some formed their own snowball fights, while others built massive snowmen.

More from the Ann Arbor News:

Michigan snowfall map: How many inches are forecast to fall near you

Share
Facebook
Twitter
Pinterest
WhatsApp
Previous article
How To Watch Wisconsin Badgers Basketball Live in 2023
Next article
In the opinion of Jesús Silva-Herzog Márquez: In the dock of the accused is not only García Luna, but also the Calderón government