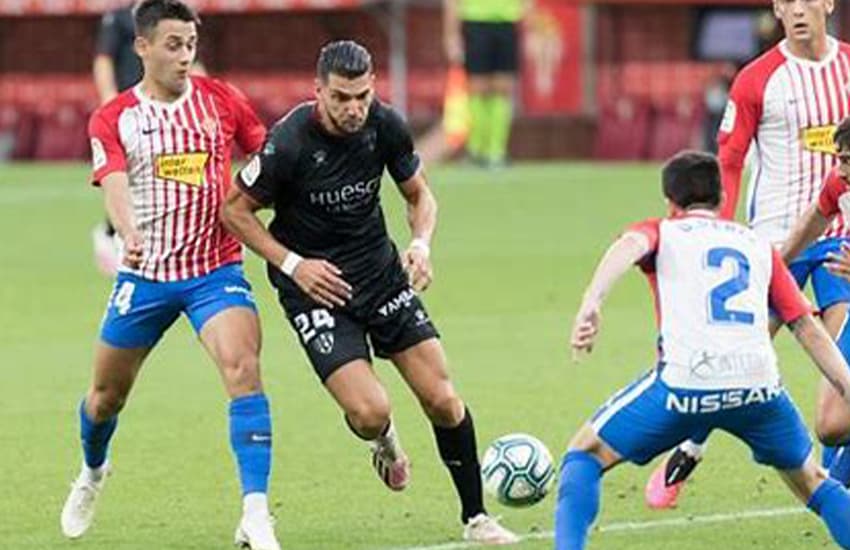 Huesca welcomes Sporting Gijon to the Estadio El Alcoraz for this match in La Liga 2(Smartbank). The home team are currently in ninth position on the table with 23 points while the visitors are 11th with 22 points. Huesca lost their last match 2-0 away to Tenerife which was their second defeat in their last three matches. They will be keen to pick up three points in this match as they trail the promotional playoff positions by just two points.

Huesca have struggled in front of goal this season, only finding the back of the net 14 times which is the second lowest goals tally among the top 14 teams. They have only won two of their last seven matches across all competitions with three losses and two draws. Huesca have however been brilliant at home and are unbeaten in their last seven matches with five wins and two draws.

Sporting Gijon come into this match on the back of a 2-2 draw against Leganes, which was their fourth match unbeaten with three draws and a win. They have proven difficult to beat in recent matches, losing just once in their last seven matches.

Sporting Gijon have been struggling in the league as they have picked up just one win in their last seven matches. It has been a strange season so far for the visitors as they have the best goal scoring record in the league while they have conceded the most goals among the top 11 teams. If Sporting Gijon can tighten their defence, they will steadily improve their league position.

Huesca are unbeaten in their last four matches against Sporting Gijon with two wins and two draws. Two teams with contrasting styles meet in this match as the visitors are a free scoring team while Huesca have been miserly at home, conceding a single goal in their last seven home league matches. We are backing the home team to win this match with under 2.5 goals being scored.

Sporting Gijon are available at betting odds of 3.00 to win away to Huesca, with the home side trading at 2.50 with the bookies. Should you wish to back the draw, it’s on offer at 3.10 for this La Liga 2 encounter.

Under 2.5 Goals is currently the betting favourite and a bet on this option would mean you need no more than two goals to be scored. An alternative angle is a BTTS bet and Both Teams to Score No is available at 1.66.

As of 2021, ESPN+ has acquired the U.S. rights to Spain’s LaLiga through 2028-29 in a comprehensive long-term media deal that positions ESPN+ as the number one dedicated sports streaming service.