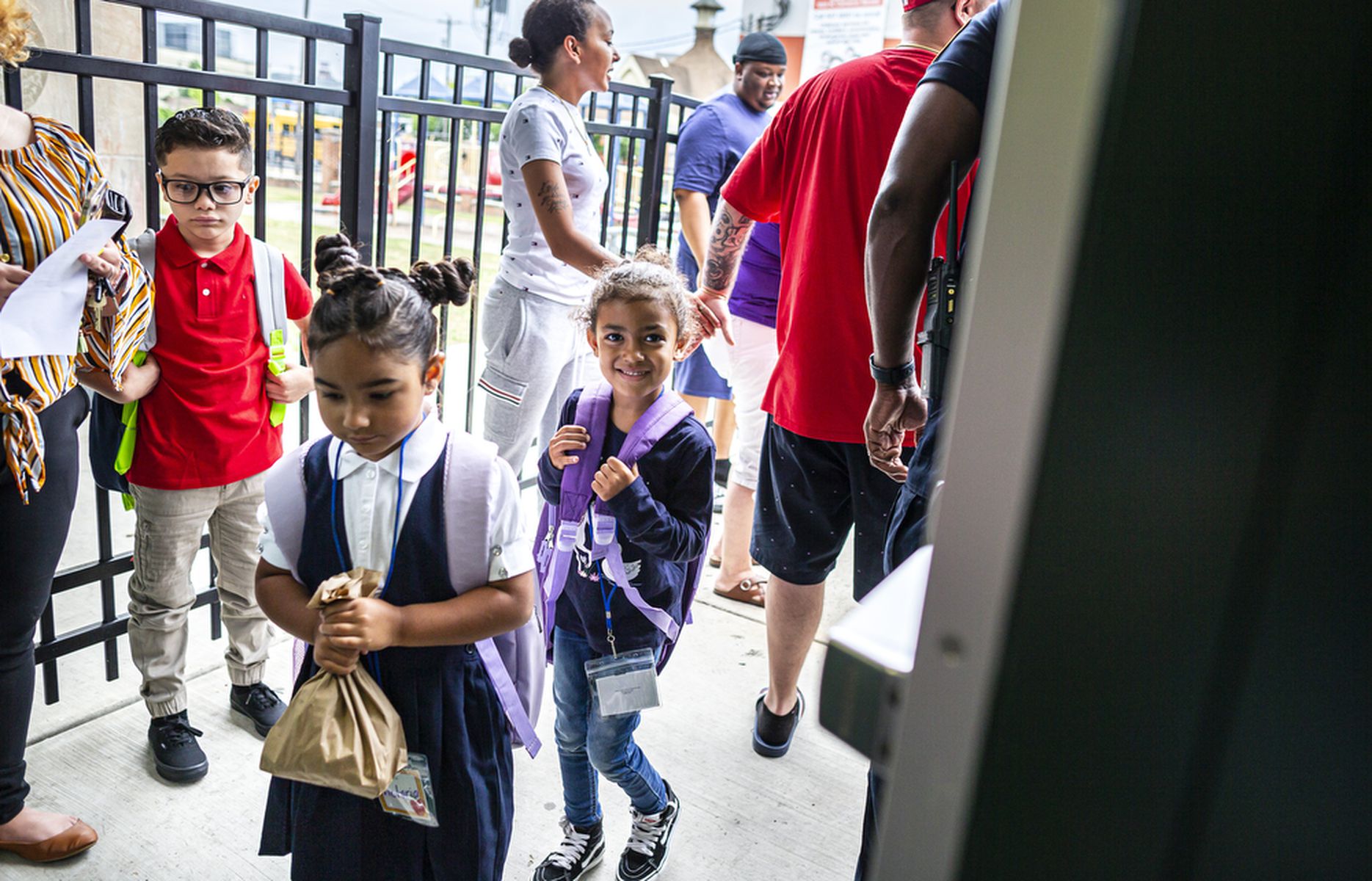 Harrisburg School District has launched a campaign to recruit more mentors for students in city schools as part of the district’s ongoing effort to help at-risk students.

The program is an expansion of the work already underway with Harrisburg students by Big Brothers/Big Sisters of the Capital Region, with the goal of scaling up and better coordinating mentorship opportunities.

The district is “aggressively recruiting mentors in Harrisburg and the Harrisburg area to support students,” Superintendent Eric Turman said during a recruiting presentation Tuesday evening, citing “the need for all of us, as a community, to support our students.”

During Tuesday’s session, Turman revisited a number of the statistics he had discussed at last month’s town hall event on school safety concerns – sharp increases in behavioral incidents and suspensions, along with test scores showing large numbers of students struggling to move forward academically, which can make them more likely to act out.

The district’s mentorship program is being run through Big Brothers/Big Sisters of the Capital Region, with help from the LivingWell Institute, which provides recruiting assistance and coordination to get students and families connected to other social services.

The local Big Brothers/Big Sisters chapter has provided mentorship opportunities to students in the district for decades, said President and CEO Amy Rote, but the program is feeling the crunch from both ends.

As demonstrated by Turman’s data, the need for mental health and behavioral assistance has shot up markedly in the nearly three years since the onset of the COVID-19 pandemic; at the same time, Rote said, “we’ve seen a significant decline in enrollment of volunteers since the pandemic.”

“We can’t all do it alone,” Rote said. “I think it’s just really important that the community right now recognizes the call to action.”

Big Brothers/Big Sisters of the Capital Region will also be able to offer additional programs and support to volunteer mentors, Rote said, through the $1.1 million grant the group received earlier this year from philanthropist MacKenzie Scott.

Turman said his goal is to recruit 100 mentors this school year – although the district could use around 500. Even if the recruiting effort falls short, Turman said, it will set the district on a better long-term trajectory.

“We are trying to put things in place that long term will have an impact on the district,” Turman said. “Our goal is 100 mentors, we may get 30. But hopefully what we can do is capture the success of those 30 mentors with 30 students and show other individuals that, you know what, these 30 individuals worked with these students and had this kind of impact on them positively.”

The district is currently asking for a commitment of at least five hours per month from each volunteer; most of the mentorship work is expected to be done in school.

Those interested in being a volunteer mentor should email [email protected] to get signed up for an upcoming orientation.

Share
Facebook
Twitter
Pinterest
WhatsApp
Previous articleTunisia vs Australia live stream, match preview, team news and kick-off time for the World Cup 2022
Next articleBlack Friday 2022: Signs to watch out for on websites to avoid being scammed out of your money

TYSON FURY is dominating Derek Chisora in their trilogy fight on RIGHT NOW! And he made his ring walk to THREE LIONS in front of...
Read more
Celebrity

With Hippolib, people with severe disabilities can (re) ride a horse

HANDICAP On the occasion of the International Day of Persons with Disabilities, this Saturday, “20 Minutes” is...
Read more
United Kingdom

TYSON FURY is dominating Derek Chisora in their trilogy fight on RIGHT NOW! And he made his ring walk to THREE LIONS in front of...
Read more
Celebrity

With Hippolib, people with severe disabilities can (re) ride a horse

HANDICAP On the occasion of the International Day of Persons with Disabilities, this Saturday, “20 Minutes” is...
Read more
United Kingdom

No. 3 Virginia relies on defense to defeat Florida State