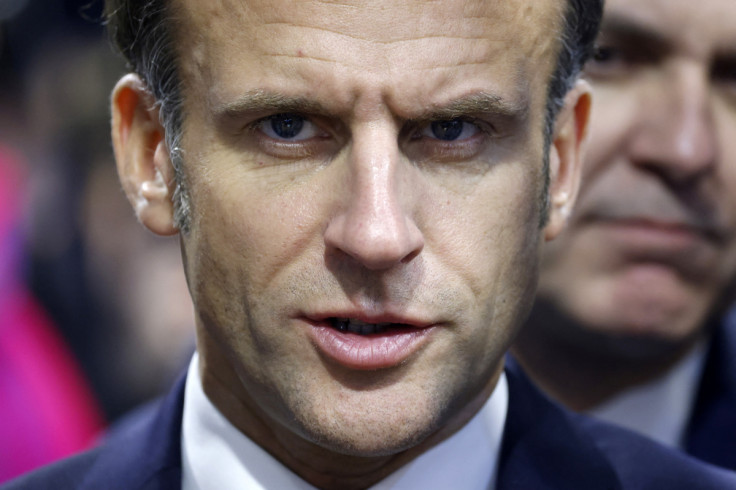 Macron’s office said it took note of the investigation.

Here are past instances of previous French leaders’ dealings with the justice system.

Former President Nicolas Sarkozy was handed a one-year prison sentence by a Paris court in September last year after being found guilty of illegal campaign financing over his failed 2012 re-election bid.

Sarkozy denied wrongdoing. He said he was not involved in the logistics of his campaign for a second term as president or in how money was spent during the election run-up.

He has appealed the verdict, suspending the sentence. In a separate case, Sarkozy was found guilty of corruption and influence peddling.

Jacques Chirac, president from 1995 to 2007, was given a two-year suspended sentence in 2011, after he finished his second term, for embezzling public funds to finance the party he led as the mayor of Paris.

Chirac, who did not attend the trial after a medical assessment deemed his memory too frail, said in a statement that he contested the conviction “categorically” but that he would not appeal because he lacked the “required strength” to face a new trial.

Former Prime Minister Francois Fillon was sentenced in 2020 to five years in jail, three of them suspended, for paying his wife about 1 million euros of public money for minimal work as his parliamentary assistant – a scandal that ended his presidential ambitions.

In May, an appeals court upheld the conviction, but cut a year off his prison term.

A final appeal is pending at France’s highest appeal court, which would not rule on the case itself but only on whether judicial and legal procedures were respected at earlier rulings.

He is unlikely to spend any time behind bars in a country where short sentences for white collar crimes are often commuted to detention at home with an electronic tag.

Former Prime Minister Edouard Balladur was acquitted in a 2021 trial over the so-called “Karachi affair,” an inquiry related to alleged kickbacks in a mid-1990s submarine deal with Pakistan.