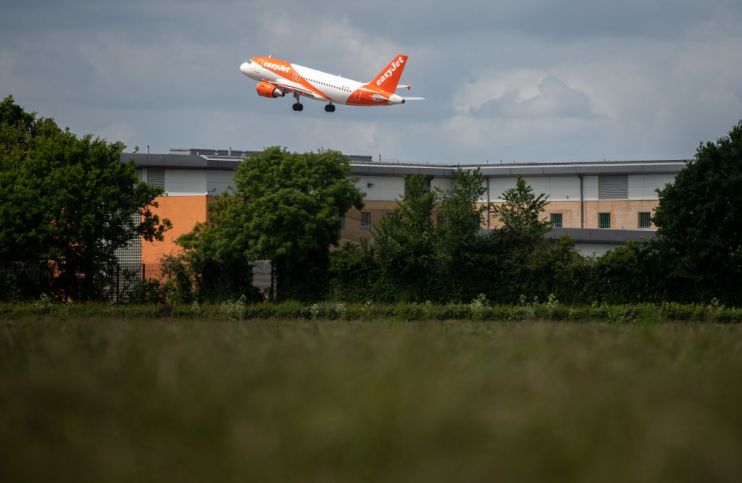 Retail and leisure stocks dominated the list of the day’s top risers during early exchanges, with Tesco up 1.07 per cent, Mike Ashley’s Frasers Group jumping 0.79 per cent and B&Q owner Kingfisher climbing 0.53 per cent.

Why is the FTSE 100 nearing a record high with a recession looming? It ain’t the economy, stupid

However, all three shed gains in late trading.

Instead, the FTSE 100 was propped up by Britain’’s biggest banks surging on the prospect of another 50 basis point interest rate hike from the Bank of England next Thursday.

HSBC, Barclays, Lloyds and NatWest all finished close to the FTSE 100’s summit, however their advances were not enough to tip the index into the green.

Credit checker Experian tumbled more than three per cent after analysts at Credit Suisse downgraded their outlook for the company.

Susannah Streeter, senior investment and market analyst at Hargreaves Lansdown said: “Tills were ringing over Christmas with sales in the last twelve weeks up 17.8 per cent compared to the same period a year ago.”

Despite intense cost of living pressures, short haul airline easyJet said it is on course to return to profit, pumping its shares up nearly 10 per cent.

John Moore, senior investment manager at RBC Brewin Dolphin, said: “More people are beginning to travel again, while the airline has reshaped its routes and proposition. Fuel costs continue to be a drag on easyJet and consumer confidence is a potential headwind, but the company is relatively well hedged and bookings are strong for the year ahead,”

Rival airline Wizz Air picked up gains in its slipstream, jumping over four per cent, while British Airways owner and FTSE 100 listed IAG advanced 1.44 per cent.