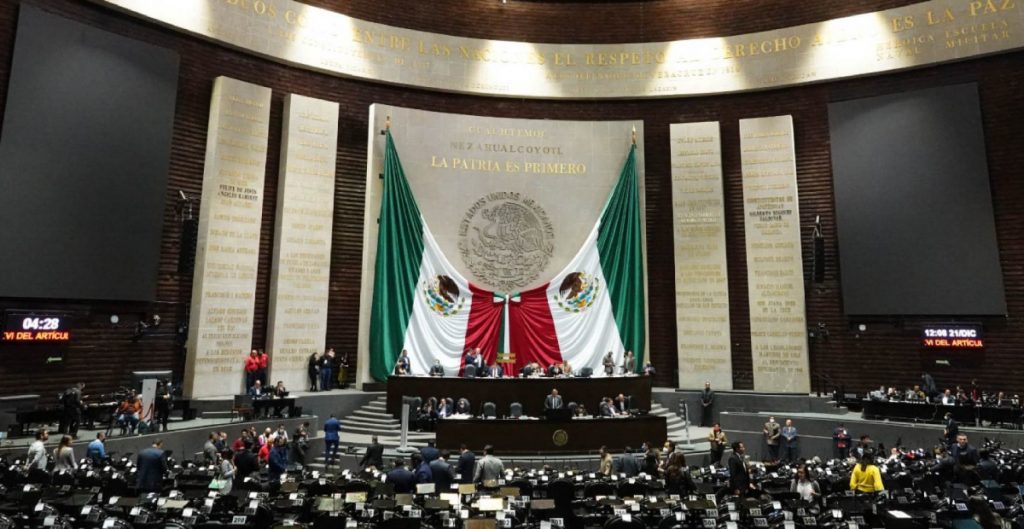 coalition deputies Goes through Mexico presented this Wednesday unconstitutionality action before the Supreme Court of Justice of the Federation (SCJN) against him plan B of the electoral reform of President Andrés Manuel López Obrador.

The legislators of PAN, PRI and PRD They pointed out that these modifications “violate federalism and tax freedom” by preventing localities from deciding on their budget.

We recommend: The PRI joins the PAN and PRD: presents another unconstitutionality action against AMLO’s electoral plan B

“We have presented this action of unconstitutionality because in Acción Nacional and the parties of the coalition Goes through Mexico We are in favor of defending our democratic institutions that have cost us so many years to build and against the authoritarianism of the president and officials from his party”, said the coordinator of the PAN, Jorge Romero.

The deputies claimed that among some of the points for which they are against this plan B is the one that allows public servants to pronounce themselves in favor of a candidate, which would affect the fairness of the electoral processes.

They also noted an impact on the transparency of accountability, because public servants could present their reports at any time, even during an electoral process.

For his part, the coordinator of the PRI deputies, Rubén Moreira, assured that during the legislative process of this plan B, all the parliamentary groups were prevented from analyzing and debating this reform.

Do not miss: PAN and PRD present before the Court an action of unconstitutionality against AMLO’s electoral plan B

The coordinator of the PRD legislators, Luis E. Cházaro, considered that the fast track approval of the reforms to the electoral laws is delicate for the country, and called on the Supreme Court to hear this case as soon as possible so that it can be have a ruling before the start of the 2024 electoral process.

This Monday, the leaders of the PAN, PRI and PRD went separately to the SCJN to present unconstitutionality actions against the reforms in electoral matter that were approved by the majority of Morena and allies in Congress.

The charge Deputies of the Va por México coalition present an action of unconstitutionality against the electoral plan B appeared first in Latin US.