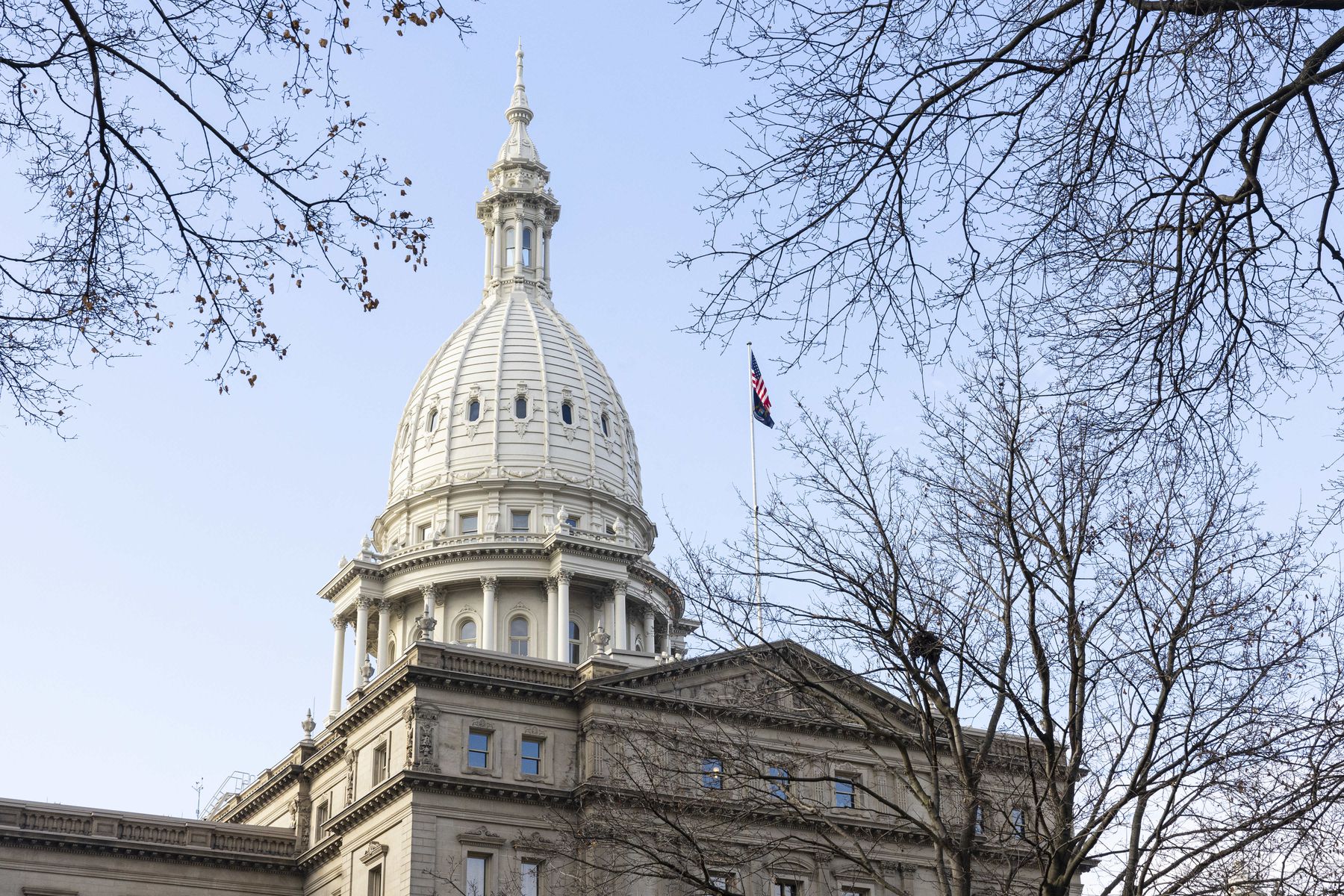 LANSING, MI — Newly empowered Democrats in the Michigan Legislature say they plan to repeal a four-year-old law which bars the state from developing administrative rules which are more stringent than most federal counterparts.

Republicans passed the law, commonly called no-stricter-than-federal, during the 2018 lame duck session to the chagrin of groups who wanted Michigan to have the ability to pass stricter environmental protections than what federal law requires.

That law “restricted our departments from moving forward with standards that might be a little bit more progressive and effective than what is at the federal level,” said Sen. Sam Singh, majority floor leader, during a Jan. 25 Bridge Michigan webinar on environmental priorities for Democrats, who now control the state House, Senate and governor’s office.

“We’re going to repeal that.”

The 2018 law, sponsored by former Republican Rep. Tristan Cole of Mancelona, broadly prohibited the state from setting stricter-than-federal rules unless an agency director found a “clear and convincing need.”

It was among several laws passed at the end of former Gov. Rick Snyder’s term that weakened or limited environmental protections, such as by changing the definition of protected wetlands, increasing the allowable radioactivity of waste accepted at landfills and curbing the state’s ability to use up-to-date toxicology when regulating pollution cleanups.

The law was opposed by environmental groups, who said it would bar Michigan from enacting state-specific rules such as tougher controls on ballast water pollution and lead in drinking water, which are more stringent than federal standards.

A bill to repeal the law, SB 14, was introduced on Jan. 17 by Sen. Sean McCann, D-Kalamazoo, who chairs the senate energy and environment committee.

The Michigan Department of Environment, Great Lakes and Energy (EGLE) says it supports the repeal.

Charlotte Jameson, chief policy officer for Michigan Environmental Council, said demand for rules the state couldn’t pass hasn’t built up during the past four years, but repealing the law gives Michigan the flexibility to go beyond one-size-fits-all federal standards.

Absent the law, Michigan would not have to revisit its regulations should the Supreme Court change which wetlands are protected under the Clean Water Act, she said.

“There’s not a pent-up list of rules which we’ve not been able to act on,” Jameson said. “It’s more along the lines of this being a nonsense way to create environmental laws. Nobody in their right mind thinks that federal standards should be sufficient in any and all circumstances. They’re meant to be applied across the nation. We have the Great Lakes. Arizona does not.”

Supporters of the law said it was meant to provide regulatory certainty for industry and enhance Michigan’s competitiveness in attracting business and investment.

Mike Alaimo, director of environmental and energy affairs for the Michigan Chamber of Commerce, said the law was an “important vehicle for setting the tone that regulatory agencies shouldn’t go beyond federal limitations.”

“Frankly, that statute was quite a bit watered down when it did initially pass,” Alaimo said. “We oppose (the repeal) but it’s not something where our members feel like it’s an existential crisis.”

On Wednesday, Singh said Democrats were eying other environmental reforms, but indicated those would likely follow the initial push to tackle priorities such as repealing Michigan’s “right-to-work” laws, passing a tax break for working families, rolling back the state’s tax on retirement pensions and repealing decades-old laws that curb abortion access.

Filling vacant positions within agencies like EGLE will be a priority through fiscal year budgeting, he said.

Singh also identified the development of a statewide septic code as a priority item, as well as supplemental budgeting to address the pending expiration of pandemic moratoriums on shutting off water service to residents who can’t afford to pay.

A bill in the senate housing and human services committee that would require state agencies to create criteria by which utilities would develop a water affordability plan for low-income customers, called the Human Right to Water Act, was introduced by Sen. Rosemary Bayer, D-Ann Arbor, on Jan. 18.

“We’ve got here a two-year window,” Singh said. “We’re going to utilize that time in a very systematic way; utilizing our committees, utilizing the budget especially.”

“I think our first piece of taking a look at water policy will be through the budget,” Singh said. “The governor is going to release that budget in two weeks and you will see some of our subcommittees begin to immediately start addressing some of the water issues.”

Asian legislators double down on calls for gun reform

Many Michiganders could see a tax cut next year