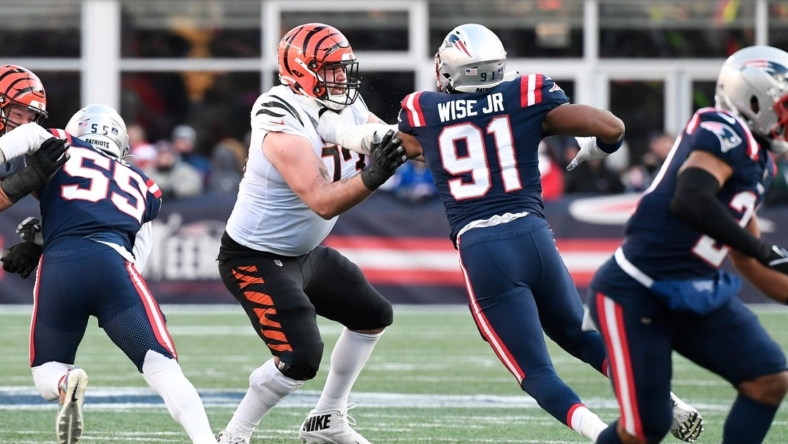 Both players were ruled inactive this past weekend during the Bengals’ 27-10 victory over the host Buffalo Bills. That win catapulted Cincinnati (14-4) into this Sunday’s AFC Championship Game against the host Kansas City Chiefs (15-3).

Williams sustained a dislocated kneecap in the second quarter of the Bengals’ 24-17 victory over the Baltimore Ravens in the wild-card round on Jan. 15. Cappa is nursing an ankle injury that prevented him from playing in that game.

Jackson Carman got the start in place of Williams this past Sunday, and Max Scharping stepped in for Cappa.

Williams, 25, started 16 games in the regular season and played every snap of those contests. He has started all 42 games in which he has played since the Bengals selected him with the 11th overall pick of the 2019 NFL Draft.

Like Williams, Cappa also started all 16 games in which he has played this season. The 27-year-old has played in 68 games (62 starts) with the Tampa Bay Buccaneers and Bengals.