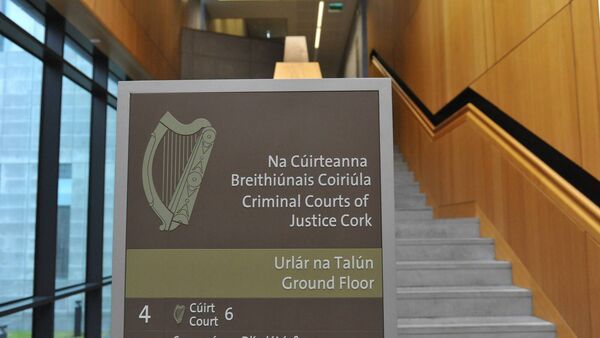 A 51-year-old man who pulled a knife from a holster in a restaurant storehouse claiming the premises was a child brothel has been found not guilty by reason of insanity at the time of the incident.

Judge Marian O’Leary made this finding at Cork District Court where Niall O’Brien’s solicitor Joseph Cuddigan presented evidence from a psychiatrist that the accused was experiencing a psychotic episode at the time.

Mr Cuddigan said: “My client believed the Quay Co-Op was being used as a child brothel. He believed he was going to rescue children from being forcefully imprisoned in the Quay Co-Op. That is the delusion he was suffering from.”

Judge Marian O’Leary asked: “Are you saying he was insane?”

Mr Cuddigan said: “Our psychiatric report says he was actively psychotic. His behaviour was consistent with psychotic illness. He was suffering a paranoid delusion. His judgment was impaired at the time given the nature of the delusions.”

The solicitor said the three conditions specified in the relevant legislation were all present in this case, namely that Niall O’Brien did not understand the nature of his actions, he did not know they were wrong, and he was not in a position to refrain.

Mr Cuddigan said the defendant was living in an apartment nearby and referred to voices coming through the walls to him and also described demons speaking to him.

He had a firm belief he was not doing something wrong — he believed he was performing a service, rescuing children from depravity.

Inspector Margaret Murrell agreed that the prosecution had accepted the contents of the psychiatric report presented by the defence and did not seek to have a second psychiatrist see the defendant on behalf of the prosecution.

Garda Cian Foley arrested Niall O’Brien who lives at an apartment at 19/20 Cove St, Cork, on the day. The defendant insisted his full name was Cornelius James O’Brien.

O’Brien was charged with entering a building as trespasser and possession of a knife.

Garda Foley said: “On July 13 at approximately 7.50am, Mr O’Brien left his apartment with a knife in a holster attached to his belt.

“He then made his way to a storehouse next door to his apartment. He made his way through the store until he observed a member of staff.

“Mr O’Brien then — in his own words — brandished the knife to the male staff member and told him to leave him alone.

“He left the store and walked on to Cove Street where he walked up and down. He interacted with a delivery driver telling him to fuck off twice and he displayed the knife in his direction. The driver said he was afraid at this time. Mr O’Brien then entered his apartment.”

The defendant later told the garda he got a call from “the black demon inside”. He said he brought a knife “because I didn’t know what kind of person I was going to face”.

Judge O’Leary made a ruling finding the accused not guilty by reason of insanity at the time. The defendant said he was benefiting from a depot injection taken regularly at his GP’s surgery.

As the case ended, the defendant addressed the judge: “Can I thank the guards for being so fair. Thanks judge. I am taking the medication now. There were side-effects. And I was too proud. I have accepted it now.”

The Oakland Athletics overcame Pete Alonso’s first-inning homer with an offensive barrage on Saturday afternoon, cruising to a 10-4 victory over the visiting New...
Read more

The Celtics female staffer who had an affair with head coach Ime Udoka helped make his travel arrangements — and her job sometimes included...
Read more
Health

Whatever happened to letting someone rest in peace? A man with an apparent 48-year grudge has been going each morning to urinate on the grave...
Read more
Load more
Facebook
Instagram
LinkedIn
Pinterest
Tumblr
Twitter