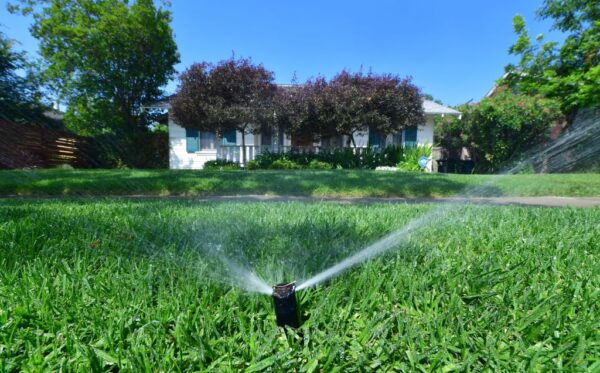 In a Monash study involving 27 participants who suffered from an allergy to grass pollen, researchers found that sublingual immunotherapy (SLIT) offered protection against thunderstorm asthma and hay fever. In addition, they discovered that the immune memory cells of the study participants were changed in unexpected ways by taking the small grass pollen tablet.

In an email to The Epoch Times, Lead researcher, Prof. Menno van Zelm, from Monash University’s Central Clinical School, said that regulated exposure in a defined dose is provided by dissolving the tablet under the tongue daily.

“This has been shown to be most optimal in retraining the immune system with limited adverse effects. Airway exposure to grass will cause many more symptoms in allergic individuals and is not dose-controlled,” he said.

“It will also limit adverse reactions which might occur when swallowing,” he said.

In a Monash university news release, van Zelm said that up until now, the process behind SLIT’s stimulation of the immune system to provide protection against allergens is not understood very well.

“Understanding these processes is key to developing new treatments and for producing ways to test whether these new treatments are working by finding biomarkers of immunity,” van Zelm said.

Setting Up the Study

The study was performed in 2019 and involved 27 participants that were impacted by symptoms of seasonal rhinitis/rhinoconjunctivitis due to their allergy at least once a week.

van Zelm said that the selected participants of the study were patients with an allergy to ryegrass pollen. Ryegrass is the major cause of seasonal rhinitis and asthma in Victoria.

“In Victoria, immunotherapy for grass pollen is advised outside of the pollen season so as to prevent too much exposure during the season,” he said.

van Zelm noted that the sublingual immunotherapy is administered from March to September. Therefore, the blood samples were extracted outside of pollen season, which mainly occurs from October to December, in April/May and September.

The participants were divided into groups of 13 and 14. The group of 13 were given the pill, which contained microdoses of five different types of grass pollen, for four months. The four-month period commenced in May/June.

“The treatment that is available in Victoria is a commercial tablet developed by Stallergenes-Greer, a French / U.S. based company,” he said.

“Their aim is to cover a large population, thus, they developed a table containing extracts of 5 grass pollen species. This includes ryegrass and has been shown to work well for ryegrass pollen allergy.”

The hay fever and asthma of the group of 14 were treated using the usual preventative therapies such as antihistamines and/or intranasal corticosteroids.

Grass pollen allergies affect 20 percent of the global population; they can disrupt the school, work, and general lives of those afflicted and are the underlying cause of thunderstorm asthma.

The Director of Respiratory Medicine at Eastern Health and Monash University, Prof. Francis Thien, said in an email to The Epoch Times that the moisture created by thunderstorms triggers thunderstorm asthma.

“Moisture from thunderstorms releases very fine allergenic particles from grass pollens, and thunderstorm airflows push them to ground level where they can be inhaled to the lower airways and trigger asthma attacks,” Thien said.

“These can be treated with antihistamine tablets and steroid nasal sprays from the chemist,” he said.

However, he said that some people might also experience breathing symptoms of chest tightness, wheezing and shortness of breath.

“If you experience any breathing symptoms, you should see your GP to see if you need an asthma inhaler.”

“If you do not get relief from the inhalers and are needing them more than two to three hourly or more than 12 times in a day, you should go to the hospital emergency department for assessment.”

Of the group of 13 that were administered the tablet, 12 reported clinical benefits from the treatment two years later compared to the group that didn’t take the grass pollen tablet. To understand the two-year duration of the therapy’s positive effects, the researchers examined the B-cell.

B cells are the type of immune cells that make antibodies, van Zelm said. They have the capacity to hold memories of immunity against foreign invaders like allergens.

“In allergic reactions, the IgE antibody type is the molecule that causes the problems.”

“The aim of treatment is to change the B cells response so that these do not make IgE, but another antibody type, esp IgG.”

The researchers discovered that after four months of treatment, the memory B cells were reprogrammed and expressed new markers.

van Zelm believes that the B cells have the potential to be used as immune biomarkers, which researchers could use to objectively measure the efficacy of new treatments.

“Because these cells–on response to treatment–stick around so long and are specific for particular treatments, they are a very important way to monitor the success of new anti-allergy therapies,” he said.

Allergen immunotherapy generally takes around three to five years of treatment to function effectively. Therefore, it’s important to determine early on if a treatment is working through tools such as immune biomarkers so that patients can receive optimal treatment as fast as practicable.

van Zelm said that it’s not known why sustaining the effects of allergen immunotherapy takes so much time.

“This means that after discontinuation, the effects remain. Often this is limited to a few years, and additional treatment is needed.”

“Importantly, there is a large inter-individual variation, and we do not know why,” he said.

“Our studies currently focus on house dust mite, the major global cause of allergic asthma. We are studying the effect of a similar kind of treatment for this allergy.”

Lily Kelly is an Australian based reporter for The Epoch Times, she covers social issues, renewable energy, the environment and health and science.

A PREGNANT Hooters employee has revealed how much she receives in tips at the dining establishment. Despite being pregnant, the young woman still received...
Read more
Business

A PREGNANT Hooters employee has revealed how much she receives in tips at the dining establishment. Despite being pregnant, the young woman still received...
Read more
Business