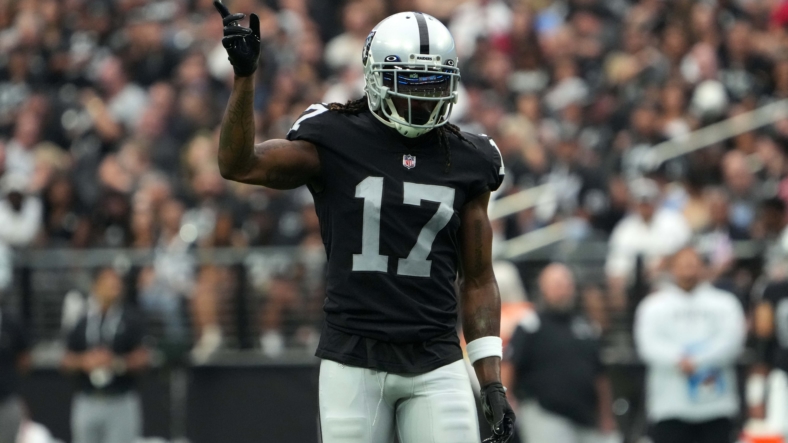 The Las Vegas Raiders and Tennessee Titans are two of three playoff teams from the previous year that head into Week 3 at 0-2. Coming off a Super Bowl appearance, the Cincinnati Bengals have also started winless. As we all know, the postseason picture changes every year. If the Silver and Black don’t right some wrongs Sunday, it would face an uphill battle to clinch one of those seven seeds in the AFC.

Vegas will go on the road to Nashville with a chance to shake off an embarrassing home overtime loss to the Arizona Cardinals, squandering the biggest lead in franchise history (20 points). In Week 3, the Raiders will face a physical opponent in the Titans, who will go as far as running back Derrick Henry can carry them and are tied for ninth in quarterback pressures.

If the Titans take over this game in the trenches, they could do it on either side of the ball with a two-time rushing champion and an underrated interior pass rush. The Raiders defensive line group has underwhelmed, and the interior of the offensive line is young and inexperienced, but both units must be ready for a big challenge.

Let’s take a look at three key matchups as these two teams try to break into the win column.

The Raiders will have to stop a 6-foot-3, 247-pound locomotive in Henry to win this game. Though he averages just 3.1 yards per carry, defensive coordinator Patrick Graham cannot let the 2019 and 2020 rushing champion find his rhythm.

Based on Graham’s comments from Tuesday’s press conference, he won’t expect just one player to take on Henry one on one.

With a collective effort, Vegas can keep Henry closer to three yards per carry for the game and the season, which is a significant drop-off from his career 4.8 yards-per-carry average.

Perhaps Henry isn’t quite the same player after he underwent foot surgery in November of last year. Since his return from the procedure, he’s averaged 3.1 yards per rush attempt, which includes his 2021 playoff appearance against the Bengals in the wild-card round.

Regardless, Titans offensive coordinator Todd Downing has relied heavily on the ground attack. Tennessee ranks 12th in total carries compared to 28th in pass attempts, so the Raiders’ No. 1 defensive objective is to make sure Henry doesn’t rediscover his All-Pro/Pro Bowl form this weekend.

Before the season started, the Titans lost their 2021 sack leader in Pro Bowl outside linebacker Harold Landry (torn ACL), which puts more pressure on edge-rushers Bud Dupree and Rashad Weaver. Thus far, the duo has recorded a combined three sacks and five pressures. However, Dupree didn’t practice Wednesday because of a hip injury, which may affect his performance in the upcoming matchup. In just his second year, Weaver is in the early stages of development.

Remember, center Andre James missed Wednesday’s practice while on the mend from a concussion, which means Dylan Parham could draw his third career start (second at center) Sunday. Because of the Raiders’ inexperience on the interior of the offensive line with left guard John Simpson (second-year full-time starter), Parham (rookie), and right guard Lester Cotton Sr. (first-year starter) they should be mindful of their matchups against Simmons and Autry on the inside. Vegas cannot allow those two defensive linemen to wreck the game.

Simpson, Parham, and Cotton have difficult tasks that should help their growth, but they need to learn while on the job to limit interior pressure and open rushing lanes against the Titans’ 31st-ranked run defense.

Head coach and lead offensive play-caller Josh McDaniels should key in on this matchup throughout the contest. Davante Adams could have a monster game against the Titans’ cornerbacks.

In Week 2, Caleb Farley filled in for Kristian Fulton, who sat out because of a hamstring injury, and he had a rough night against the Buffalo Bills:

Tennessee selected Farley in the first round of the 2021 draft, but he’s only suited up for five games (126 defensive snaps) because he tore his ACL in October of last year. Bills quarterback Josh Allen went after the second-year pro, targeting him six times for four completions, 68 yards, and a touchdown, per Pro Football Focus.

If Farley starts Sunday, quarterback Derek Carr should go after him until the young cornerback makes some plays in coverage, but the Raiders shouldn’t move that bull’s-eye off the boundary of the Titans secondary with Fulton in the game.

McDaniels has turned a blind eye to the ground attack in certain situations, so we’ll see if the Raiders take advantage of the Titans’ 31st-ranked run defense with more touches for running back Josh Jacobs. With that said, they cannot go wrong with Adams in his matchup against a trio of cornerbacks who have had rough outings within the first two weeks of the season. Thus far, Tennessee has allowed six passing touchdowns in 2022.

Maurice Moton covers the Las Vegas Raiders for Sportsnaut. You can follow him on Twitter at @MoeMoton.