10 best soccer players of all time, including Messi and Mbappe 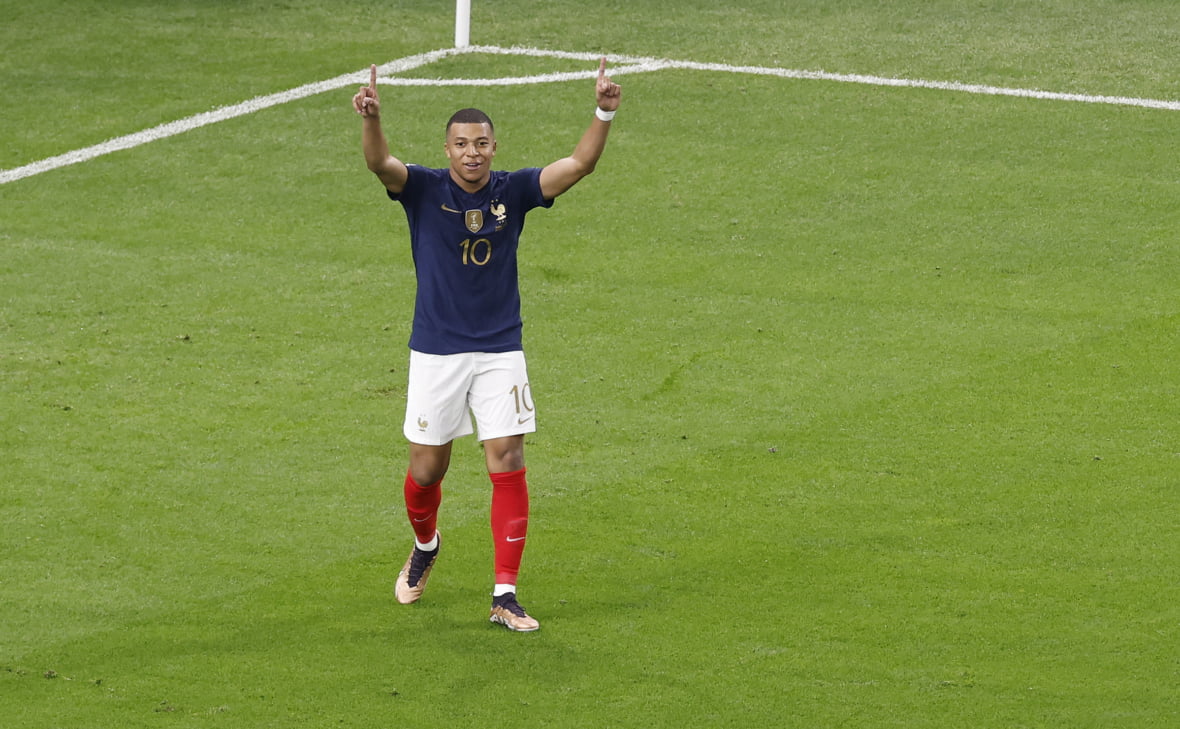 The names that are considered among the best soccer players of all time have likely seen a lot of revisions throughout the history of the planet’s most popular sport. Many amazing footballers have taken to the pitch over the last half-century and built legendary resumes, but still aren’t among the greats of “o jogo bonito” [the beautiful game].

With that in mind, here are the 10 greatest soccer players to have ever lived.

While this list will be filled with legendary scorers, Gianluigi Buffon breaks the mold at nine by being the only goaltender on the list. During an unprecedented 17 year run playing for Juventus in Italy’s Serie A he broke records for having the most shutouts in league history and is the only goalkeeper with 500 clean sheets in soccer history. He even finished second for the Ballon d’Or award — the sport’s version of a world MVP award — in 2006, a feat unheard of in a game dominated by the athletes that put balls in the back of the net. Yet Buffon became a superstar by keeping goal scorers at bay.

Michel Platini was the greatest player in French football history for a very long time until Zinedine Zidane came on the scene. He won the Ballon d’Or (the sports world MVP award) three years in a row in the 1980s and, he was honored with the award for French player of the century. Not to be outdone, he is also in the Italian football hall of fame. Easily making him one of the best soccer players of all time.

While Kylian Mbappe is only 23 years old, he is arguably the greatest player on the planet today and is quickly on pace to being the best that France has ever seen. He was a teenager when he helped his country win a World Cup title in 2018 and is part of why they were favorites in 2022. He has already won the much-coveted Ballon d’Or award and Paris Saint-German has made him the highest-paid player in the sport years before he has even hit his prime.

Related: Who are the 12 best players competing at World Cup 2022?

Brazils Ronaldo Nazario is one of the greatest soccer players ever based on pure talent. He won two Ballon d’Or awards, as well as three FIFA World Player of the year honors. He was the player that made a generation of sports fans realize that Brazil was a soccer powerhouse, and lead his countrymen with otherworldly skills. However, knee injuries curtailed a career that could have been the greatest of all time.

Johan Cruyff has reached mythic levels, not just in his native Netherlands, but across the entire sport. The way in which he played the game and his philosophies on the sport were revolutionary in the 1970s and influenced managers and coaches for decades after he finished playing. He is the rare player that even has a feint move named after him — the “Cruyff Turn” — and earned three Ballon d’Ors as he blazed a trail through the game.

Zinedine Zidane became a soccer demigod in France after bringing a FIFA World Cup championship home in 1998. However, along with ending the country’s championship drought, he won three FIFA world player of the year awards and reached rare air by winning player of the year honors in three of the top five leagues on the planet. Plus, he came up large in the biggest games. The proof is his place as the all-time scorer in FIFA World Cup final games.

Although he may not have a trophy case full of Ballon d’Or or FIFA player of the year trophies, Diego Maradona has one honor no one else has: FIFA Goal of the Century. He is adored around the world for his uncanny skills and is the icon of all sports icons in Argentina, for willing them to a world cup championship almost singlehandedly. Plus, Maradona’s bad-boy side has always made him a bit of an old-school anti-hero superstar.

Also read: Learn everything you need to know about the World Cup and the 2022 edition

Cristiano Ronaldo is the Lebron James of soccer. A freak athlete with incomparable gifts. The proof of his excellence shows in his five Ballon d’Or awards [second all-time] and his records for most goals and assists in champions league play. He is such a transcendent figure that he is known to sports fans that have never even seen him play. And like James, at 36 he has shown no signs of slowing down. That is why he is among the best soccer players of all time.

2. Pele – FIFA player of the century

Pele is one of the most famous soccer players ever. Not only does he have the most goals in the history of Brazilian soccer — an amazing feat all to itself — but he has recorded the most goals on planet Earth (1279). He has logged the most assists in FIFA World Cup history while also winning the tournament on four occasions. He was voted the FIFA player of the century, but the award that may say the most about him was his landing a spot on TIME’s 100 Most Important People of the Twentieth Century list.

It would seem impossible that any player from Argentina could break through to a level to stand side-by-side with someone like Maradona, but Lionel Messi has done exactly that during an illustrious career with one of the most famous franchises in any sport, FC Barcelona. While scoring the most goals in team history, he earned a record six Ballon d’Or and laid claim as the greatest talent to put a foot on a ball. Even as he has aged he’s remained the best player alive and has often remained one of the highest-paid athletes in any sport.

Messi is a once-in-a-lifetime talent that has excelled in an era where athletes are groomed to peak performance and molded into physical freaks. That is why he is one of the best soccer players of all time.

Qatar 2022, the crisis of the number 9: zero goals for Lukaku and Suarez

- Continue reading below - Having now reached the round of 16 of the World Cup, with results that are confirming the expectations up...
Read more
Hot News